The Muskegon Central Dispatch Authority is once again coming to voters and asking for a surcharge on phones in order to replace an obsolete 911 system that is failing fast and going to be rendered inoperable in a short amount of time.  As it stands, the 911 system in Muskegon is being held together by parts that are only available on Ebay and the technology currently in use, if not upgraded will leave Muskegon County unable to communicate with any surrounding communities should we need to put in a call for mutual aid. 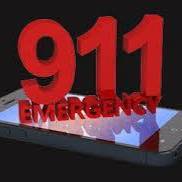 It's so much more than just some new walkie-talkies.  This is a complete revamp of the entire system.  It will require new radio towers strategically placed across the county.  It will also be upgrades to the computers in responders vehicles, servers in the Central Dispatch handhelds and everything in the chain to keep those in the field in contact with the support they need in life and death situations.  This is a critical and necessary time to make the upgrade.

When asked last November, voters passed on the idea, but the Central Dispatch Authority is back with the ask again.  They have revamped the language, they have also capped the term for the surcharge and hopefully this time the message will get through the negativity that was put out by those opposing the surcharge.  No one is all for paying more for something, but the can can no longer be kicked down the road on this issue and it's got to be fixed.

We brought together three of the top authorities on the subject, Shawn Grabinski of Muskegon Central Dispatch, Police Chief Roger Squires of Whitehall and Muskegon Heights Fire Chief Christopher Dean.  Take a listen to the conversation.  This in no way is a bait and switch to fund anything but the necessary upgrades to the communications system.  Please take a listen to the call from an officer in the field to dispatch as well, it's embedded in the interview so you can hear first hand what's going on.

As Chief Dean pointed out, it's less than a cup of coffee of a Big Gulp.  Everything is expensive and it seems to be coming from every direction, but if you take a look at the cost/risk factor here, it seems to be pretty clear that this is an essential need we have to come together on.  Please, follow the link below and get the facts on why we're being asked to help fund the new system and then ask yourself "what if".  What if it was you in need of the service and it wasn't working?  What if it was a family member?