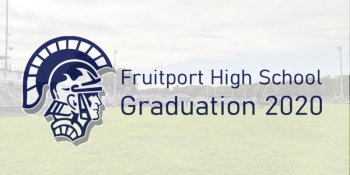 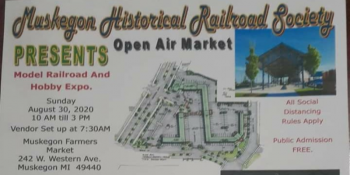 We first met up with the Muskegon Railroad Historical Society a few years ago when they were tucked away upstairs Downtown in Muskegon.  It was a small but impressive space with incredible displays of different scale model trains, sets designed to look like Muskegon a huge area dedicated to the historical library and a curated feeling from the membership that embraces the rich history of rails and the importance of the railroad industry and the rich history of it. 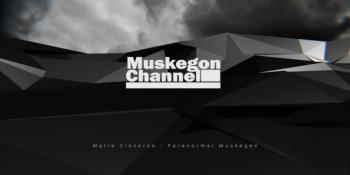 After a pause in the normal flow of things, Paranormal Muskegon is back reporting on things mysterious or unearthly; be it ghostly apparitions in the halls of old buildings and houses; shadowy figures drifting through graveyards; or silvery objects flying overhead and to kick it off we hit the ground running. I recently had the pleasure of being invited to be a guest on the Grand Rapids Ghost Hunter’s Podcast filmed at the WKTV studio in Wyoming, Michigan with hosts Wayne Thomas and Kim Kolean; where the discussion embraced all things paranormal; from top to bottom.  On their website; Grand Rapids Ghost Hunter’s Podcast is said to be; an “engaging program which delves deep into all things paranormal” Michigan leave no doubt that spirits do exist.” And delve we did. 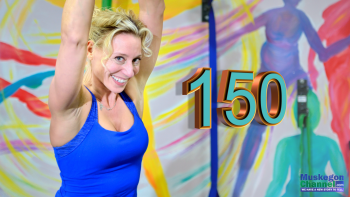 Fit and Healthy With Becky Celebrate the 150th Episode!!

We've been so very lucky to have Becky Biesiada with us since almost day one of the Muskegon Channel and here dedication and willingness to continue to innovate and entertain while providing an amazing workout that you don't have to pay a nickle for every week is to be commended and applauded. 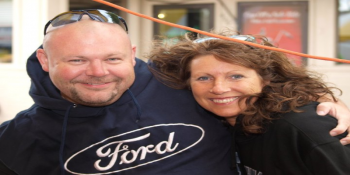 The Camera Turns on Andy O - Oscar Osbo Does Interviews

Oscar Osbo has been in broadcasting for a long, long time.  A career in radio that went for years led to his own enterprise of video production and freelance work.  One thing about Oscar, he's done a great job remaining friends with those he's worked with all along the way. 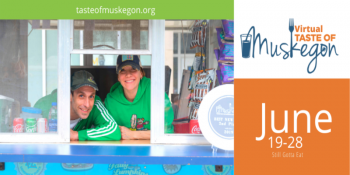 It may come as a complete shock!  Ok, no it won't.  But we tried for an eye popping first line!  Like most everything adapt and overcome had to be the mantra of one of Muskegon's biggest and best showcases every year which features all of our favorite things!  Let's list them.  Food.  Music.  Beverages.  Hackley Park.  Togetherness.  Helping small business.  Marveling at our growth.  Seeing new things.  Tasting new things. Inviting new people in.  Shall I go on?  If you are a fan of Taste of Muskegon, like anything, in 2020, it's going to have a different format, but don't think for a second that all of what you know and love about it is lost!  Far from it.  In fact, it might be a great way to get even MORE out of this event! 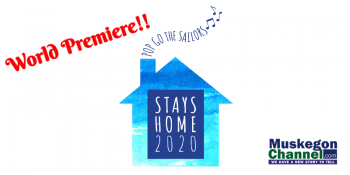 It's an exciting event for us!!  We were honored to be asked a couple years ago to be the first ever to show the Mona Shores Singing Christmas Tree, live from the Frauenthal Center as it happened and as this year has unfolded, and left us all wondering what was next for some of our favorite events and school functions, when Shores asked if we'd be interested in debuting the Spring show too, we didn't even blink before we said "How do we help?" 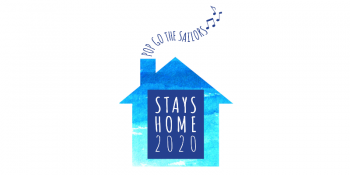 We've been very fortunate in our working relationship with our area schools!  Two years ago, we had the first chance ever to show the world the spectacle of the Mona Shores Singing Christmas Tree live as the final performance of the season happened and at it's peak during that first year, there were 10,000 plus streams open on every corner of the Earth watching America's Tallest Singing Christmas Tree happen from the beautiful and historic Frauenthal Center in Downtown Muskegon.  It was easily the biggest undertaking we ever went after and we took our end of things as serious as the preparation that went in to the performance of the Tree it self, and it sure paid off. 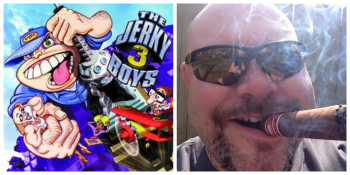 Once Upon a Time in Andy's World - The Jerky Boys

Long ago, there was this kid who walked into a radio station one day and wanted a job.  He was willing to do anything and settled on an internship figuring that it was a foot in the door, and that at bare minimum, at least he'd be around radio people to go along with all the weekend dances he dj'd at schools or clubs or wherever he could find a place to play his records and tapes.  CD's were just starting to be a "thing".  He wouldn't leave and after a while, they figured if they gave him $6 bucks an hour for handing out bumper stickers after concerts and staying behind and running the music while the real DJ was doing a live broadcast at some appliance store, well, maybe he'd quit begging for food.  That was 1989 and 1990.

Paranormal Muskegon is back with first Zoom interview. Today we talked with Mark Necamp. Mark is a practitioner in the Art of Magic, as well as a tarot reader, chakra healer, writer, teacher, as well as devoted husband and father.  Besides teaching and personal appearances, he is also a contributor to “The Edge, Holistic Living.” He and his wife, Jessica, teach classes in using magic as a tool for personal growth. 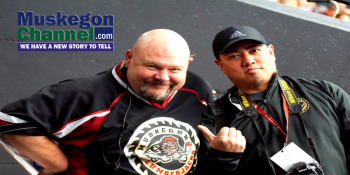 On the staff at the Muskegon Channel you see quite a few of us in front of the camera.  You also hear some of us on the radio.  But as we work to grow and continue to follow our belief that "We've Got a New Story To Tell" about Muskegon, there are some who shy away from the spotlight most of the time.  There are occasional photos that pop up, but like most true artists, and perfectionists our own Derek Wong is generally his happiest making things look awesome and adding the special touches that us "content creators" are kinda busy worrying about other things to notice. 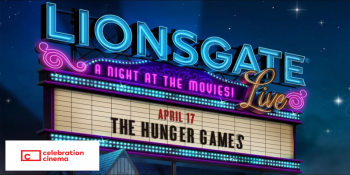 In West Michigan, we are remarkably fortunate to have the Celebration Cinema Theaters as a spot for gathering to see the movies that make up our lives.  It's a company that recently celebrated 75 years of bringing a premium movie going experience to audiences in our area and they are an industry leader when it comes to technology, amenities and offering programming past just what's on the "now playing marquee.  In Muskegon specifically we're lucky to have Cinema Carousel but we have the sacred grounds of the Getty 4 Drive In which is something that's hard to find anywhere in the country anymore.  We've had an awesome partner in the Loeks family for a long time. 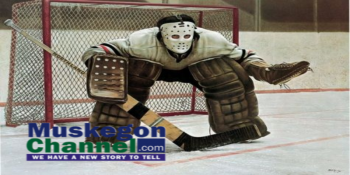 The Return of "The Gamper" - On The Muskegon Channel

Not long ago, a friend of mine an I were taunting back and forth on Facebook and he called me a "washed up old dj."  It was totally in good fun, but it got me to thinking about some of the stuff that "washed up old dj's have that no one else does.  You know, those things that people seem to love, but somehow got lost in time and as things change, well, those things that made us comfortable and fun...they just fade away.  Well, we hang on to some of that stuff. 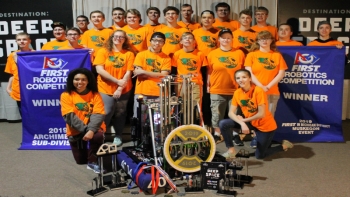 Last year, we had our eyes opened up to the world of competitive robotics when the MARS 4004 Rovers team invited us out to do a story on their team and highlight the work and effort the young people from different area schools put in to battle it out in a local, state and regional and national level to see who can build the most competitive machine piloted by the most talented team.  It's all part of STEM learning and the hands on approach for these young people is AMAZING! 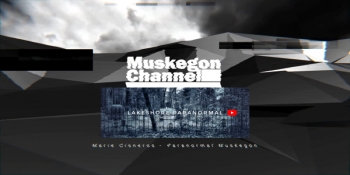 Today Paranormal Muskegon sat down with Darren Dykhouse and Jamie Rae of Lakeshore Paranormal, a ghost-hunting team and Paranormal Youtubers in Muskegon. Ghost-hunting has become quite popular and it seems there is no shortage of them in Michigan. Most use a variety of instruments in their search for them but Lakeshore Paranormal is one of the few that rely on their abilities to sense and communicate with the spirit world in their pursuit of the unknown in addition to using devices that pick up ghostly manifestations. Darren Dykhouse is an empath and Jamie Rae is a psychic medium. They agreed to talk with us about their work and shared a few hair-raising stories of the spirits they encountered while on the hunt. 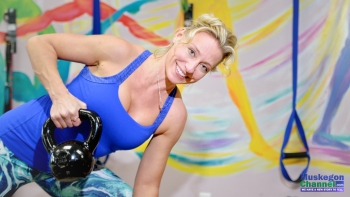 The advice week in and week out is the same - "Warm up, stretch out and consult your Dr. to make sure if you're ready for this or any other workout".  It's the boiler plate line for any workout program but what is proper stretching?  Becky will show you in episode 135 of Fit and Healthy With Becky on The Muskegon Channel. 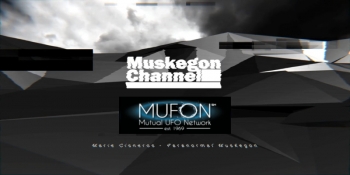 With all of the interest in UFO’s lately, Paranormal Muskegon decided to find out some more about who and how these incidents are investigated; so we decided to ask the experts in the field. We met with Daniel Snow at the Muskegon Innovation Hub and he kindly agreed to give us the scoop. 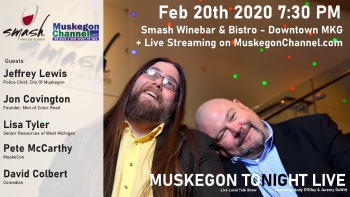 It was a splendid night again at Smash Wine Bar and Bistro in Downtown Muskegon as we rolled out the 14th episode of Muskegon Tonight Live!!  A cold February night didn't keep a decent crowd away as Restaurant Week was kicking off in Muskegon and everyone enjoyed the great food and drink that Smash is known for.

We Appreciate Our Sponsors... 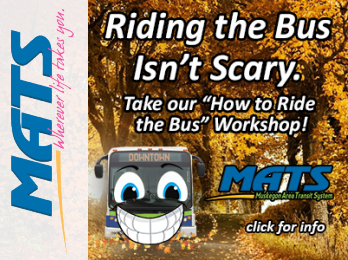 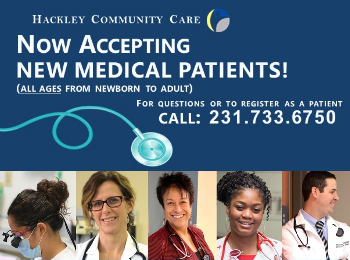