Today Paranormal Muskegon sat down with Darren Dykhouse and Jamie Rae of Lakeshore Paranormal, a ghost-hunting team and Paranormal Youtubers in Muskegon. Ghost-hunting has become quite popular and it seems there is no shortage of them in Michigan. Most use a variety of instruments in their search for them but Lakeshore Paranormal is one of the few that rely on their abilities to sense and communicate with the spirit world in their pursuit of the unknown in addition to using devices that pick up ghostly manifestations. Darren Dykhouse is an empath and Jamie Rae is a psychic medium. They agreed to talk with us about their work and shared a few hair-raising stories of the spirits they encountered while on the hunt.

Darren is an “Empath.” He said has always been interested in things that were mysterious or unusual and he found that he had a special gift for sensing when they are present. Jamie is a psychic medium. She says she has known from an early age that she could sense the presence of people who have passed on as well as having other paranormal experiences. So it seems that if there is no shortage of ghost-hunters, its because there is also no short supply of ghosts, or at least people who think there is a ghost somewhere lurking about. In a survey conducted by CBS News in 2005, it was found that 48 percent of Americans believed in ghosts. Other surveys have put the number at anywhere from around 20 to over 50 percent. While this statistics don’t prove the existence of ghosts, they do suggest that belief in them is relatively common.

So if you were to search the internet for the word, “ghost” you probably would be in good company as has been a subject of debate for a very long time. Biggest question is: Do they exist, if so, what are they and can they affect us in the living realm? Some theories say that they can and do; as the world of the spirits is all around us and affect us in various ways; from the common, run of the mill ghost sighting to higher up in the hierarchy where these negative energies or entities can manifest physical effects or exert a variety of ailments upon those unlucky enough to encounter them. These energies are subtle and go unnoticed for the most part. Jamie and Darren are aware of these negative forces and say they protect themselves when going into a place suspected of being haunted by using a variety of methods; meditation, prayer, crystals as well as keeping a positive attitude. Besides ghost-hunting, Jamie provides readings for clients using her skills as a medium as well as angel or tarot cards.

So it seems Darren and Jamie, along with other ghost-hunters, have their work cut out for them; being called upon by those who suspect their house or business is haunted will leave it to the professionals to take care of this spectral business; Lakeshore Paranormal are definitely that. From Al Capone’s reputed hide-away at the Yellow motel, cemeteries, a P.O.W. camp, to the ghost ship, LST 343 museum, they go where the ghosts are said to be. And they thrive on it; going into it, above all with their curiosity; precision instruments, keen senses and positive attitude. Darren says he uses his channeling ability to communicate with any spirits found and Jamie states she not only can see them, she can often hear them or feel their presence in other ways; including sensing the emotions of them; often of sadness or pain. One instrument they use is a spirit box that scans through radio frequencies as well as an Instrumental Trans-communication device, which Darren says is similar to the spirit box; and has even picked up EVPs (evoked voice phenomenon) on a digital recorder. In technical terms, Instrumental Trans Communication (ITC) is the communication with spirits through electronic devices. EVP theory suggests that communication with spirits or otherworldly entities is possible on a recording device using is known as Sound Manipulation (Transform EVP). Though the makers of these instruments are not exactly sure how this process is done, it is believed that it involves the modulation of sound waves in a manner that will change its characteristics on to a recording device. But spirits also apparently communicate in real time, called Opportunistic EVP, by somehow changing sounds in order to form speech and therefor have the ability to communicate through these devices. But Darren and Jamie are not content to let the instruments do their work for them; they use their talents of empathy and psychic ability.

Empathy is the ability to be in tune or resonate with others; which is voluntary; which in the case of trying to communicate with spirits, that seems to be the case here; but it can also be involuntary, especially for someone who is a natural empath such as Darren. This intense empathy serves a kind of “tuning work” whereby the empath can actually feel the emotions of the people around them; or even the emotions of the departed. Most empaths don’t really know how they can do this, but simply accept it as part of their unique makeup. They also tend to be drawn to elements of nature, such as water, forests or mountains as they find them to bring a sense of peace. Jamie Rae, as a medium, has a unique ability to be a sort of messenger between the world of the living and world of the spirit.

Many mediums can hear and relay messages from the spirits. In some can even allow the spirit to control their body and speak through it directly. This, I have to say, this does not sound like fun to me; I like to be the one steering the boat, as it were. There are two types of mediums: Mental and Physical. Mental mediums can “tune in” to the spirit world by listening, sensing or seeing them. A physical medium can actually produce a materialization of them or objects such as jewelry, fruit, or even animals. Talk about pulling a rabbit out of a hat…. mediums can pull one out of thin air. Now there’s a feat not to be missed, a real energizer bunny. They can also manifest things such as knocking, rapping, bell-ringing. Most people are familiar with the séances back in the early days of spiritualism, though many, of course, were found to be fraudulent. Mental mediums can also communicate with the spirits by telepathy and can “hear” them using clairaudience; “see” them with clairvoyance. Clairvoyance occurs "in the mind's eye". A lot of mediums say that this is their normal vision state. Others say that they must train their minds with such practices as meditation in order to achieve this ability with the help from spiritual workers is often necessary. Some clairvoyant mediums can see a spirit as though the spirit has a physical body and the form as if it were actually present. Other mediums see the spirit in their mind's eye, or it appears as a movie or on a TV screen, or like a photograph in their mind. 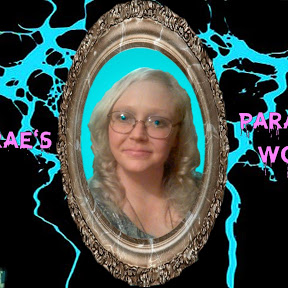 Jamie Rae says she has encountered all of these manifestations in her work; once seeing the apparitions of multiple spirits in a place where there had been a hanging; in that besides the visual manifestation, she could feel the sadness and despair of the individuals. She also relates that when they investigated the Nunica cemetery, she saw the apparition of a small girl with blond hair running past them. At another investigation, Darren stated he saw the figure of a woman in white; but sensed that she meant him no harm. He said many times the spirits will poke, nudge, or pinch him to get his attention. One rather frightening incident happened when they attempted to visit a motel reputed to have been a hide-out of Al Capone.

Clairaudience, otherwise known as "clear hearing", is the ability to hear the voices or thoughts of spirits. Apparently it is like they are actually listening to a person talking to them on the outside of their head, as though the spirit is right next to them, others claim to hear the voices in their minds as a verbal thought. Jamie stated that this is one manifestation of the spirit communication she has channeled on numerous occasions. Clairsentience or "clear sensing", is the ability to have an impression of what a spirit wants to communicate, or to feel sensations instilled by a spirit. Jamie said that many times she can sense what the spirit is trying to communicate with her. Clairsentience or "clear feeling" is a condition in which the medium takes on the ailments of a spirit, feeling the same physical problem which the spirit person had before death. This may come under the realm of “Ghost Sickness.” Jamie has also encountered the cold sensation well attributed to the presence of ghosts, as well as “orbs” or unusual mists. Orbs are said to indicate the presence of a spirit or other paranormal phenomenon; though researchers have to rule out reflections or other photographic artifacts such as light hitting dust, etc. Some believe that an area of unusual coldness is an indicator of the presence of paranormal or spirit activity; and so use heat sensing devices; though of course there are always many natural explanations for such temperature changes too.

Being aware that this kind of work can take its toll, especially for empaths who tend to absorb the negative energies of others because of their deep concern for others; Darren and Jamie Rae both said that after their encounters, they both have to “recharge” for a while, to let the energies they have encountered dissipate. Darren said he once slept for 11 hours after an encounter.

So if you are looking for some ghost-hunters with some skills and good “ghost-sense” and intuition, you may want to give them a call if you think your home has a few extra spectral occupants that are not paying rent; then you may want to give Lakeshore Paranormal a call and see I they can serve them with an eviction notice. I give Darren and Jamie Rae a lot of props for doing this work. They are much braver than me. I hunt for aliens and the idea of encountering an alien is much less unnerving than encountering a ghost, though now I am wondering; are there such things as ghost aliens? Now that would be interesting to see.  Want to visit Lakeshore Paranormal's Youtube Channel?  Click on the image below! 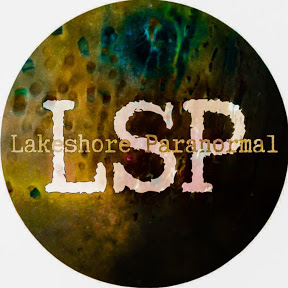 Have a Paranormal Story to share? Contact Marie Cisneros at This email address is being protected from spambots. You need JavaScript enabled to view it. or at her research blog: click below! 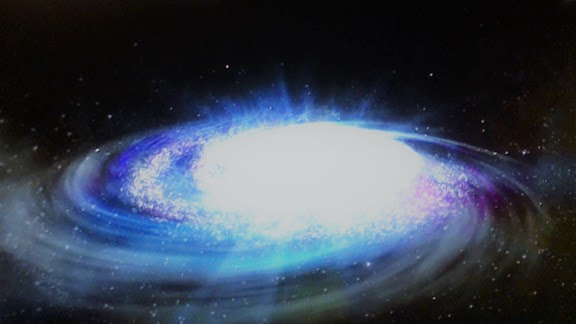