For the latest segment, we visited with Bethany Bauer and Brittany Meloche, owners of The Only Cannoli, Italian Pastry Bakery; located on Third Street, in Muskegon, Michigan. The Only Cannoli is an Italian started by two women who wanted to share their love their Italian heritage and the love and joy of Italian pastries with the West Michigan community. The Only Cannoli offers traditional recipes but also brings new perspectives to the classics, and while these tempting treats are delicious on their own, they’re even better with the age-old tradition of sharing with family and friends.

If you are not familiar with a cannoli, these little bits of heaven are a traditional pastry from Palermo, Sicily, which has found a welcome home here in the U.S. Bethany and Brittany went into the pastry-making business in 2017. Raised in Italian households, family and food went together as did laughing, singing and dancing. This was the feeling they wanted to bring to their customers with The Only Cannoli.

The Only Cannoli Online

Bethany and Brittany agreed to share with us some incidents that happened before moving into their present location; apparently of the paranormal kind. It had been rumored for years that the building at 1925 Lakeshore Drive had had some mysterious things happen from time to time throughout the years. Around 1870, the area was made up of a small string of houses, built to house lumber mill workers. With a population of around 1700 in 1883, it became incorporated into a village; becoming part of the city of Muskegon in 1888. Many of the business owners located there were founding fathers with large homes located downtown, some of whom had Lakeside streets named after them. Online research discovered that the address listed as 1925 Lakeshore Drive was formerly known as 472 Lake Street. In 1895 Clarence Chase, superintendent of the Chase Piano Company, lived at that address. In 1926, it housed a shoe repair shop operated by Edgar E. Colburn and Oscar D. Robinson. In 1921, Ella Amelia Johnson, just 30-years-old, died from tuberculosis there. So it seems that the stories of it being haunted may have some basis in fact.

The address certainly had a lot of occupants throughout the years. It’s possible that one of them did not want to leave and their presence can still be felt by the living. Bethany and Brittany were two people that may have felt this presence, as they state they did experience some unusual things when occupying the space there. Bethany said right from the beginning they had noticed something being “off” but really couldn’t put their finger on what it was.

Until one morning around Christmas time when they came in to start the day’s activities and found that the Christmas tree had been knocked over. After looking around to see what could have caused it to fall, and finding no reason for it; they checked the security camera; which showed the tree just falling down on its own as if someone had knocked or pushed it over. Bethany said the tree had been placed very securely so should not have fallen and obviously no wind could have knocked it over, as it was inside the bakery.

Brittany said that several of their customers had related to them that the building was reputed to be haunted although never experienced anything untoward while there. Bethany nor Brittany, while never actually seeing a ghost; they could sense that there was something…or someone there, though never felt that it wished them harm. So even though their Christmas tree was knocked down; it doesn’t appear that a Grinchy ghost walks the halls at 1925 Lakeshore Drive; just a friendly house ghost who could not resist the luscious sweet aroma of cannolis wafting through the air. And who could blame them? How ill-fated for him or her; that they could not have just a taste of heaven. For hours or information call: 231-335-3085 or to email: This email address is being protected from spambots. You need JavaScript enabled to view it..

Have a paranormal story you want to share? Contact Marie at This email address is being protected from spambots. You need JavaScript enabled to view it. or at https://cygnusresearch2015.blogspot.com/ 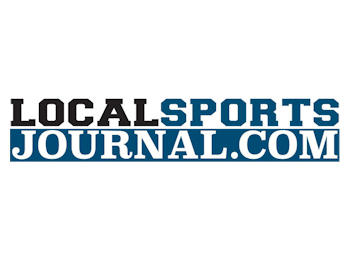