Paranormal Muskegon recently visited with Angel expert, Frank Graham via Zoom who shared some fascinating insight into the subject of Angels, both good and bad and we could not have asked a more learned person on the subject. Frank has done extensive research on Angelology, the Elements, Humours of the body, Spiritual theory, spiritual philosophy, spiritual geometry, and spiritual physics, practical spiritual energy application, protection, demonology, ancient mythology, and the Hermetica. He has taught for The Lansing Center for Astrological Studies and is a certified a master crystalogist through Melodies crystal healing course. He gives lectures as well as hold classes on the elements, humours of the body for energy healing, crystals and stones, herbs, metals, animal totems, the pentagram in regards to spiritual dimensional reality; the angelic hierarchies, the kabbalah, and astrology. In this in-depth and fascinating interview, he discussed the origins of angels; their origins, hierarchy, and types; including when, how and to what extent they interact with humans.

Frank said he had always had an interest in the paranormal and the mystical. He said he was drawn to Greek mythology from an early age and as his father was a rare book dealer, he was fortunate enough to have access to classic works such as Bullfinch’s Mythology from which to study. Later on, as an adult, his spiritual search led him down many paths, eventually leading him to become an ordained minister. Frank has studied a fascinating array of subjects but states he always felt an affinity to angels and sought personal interaction with them instead of through the more passive channels. He also said meditation and the practice of karate helped him open up to the study of metaphysics and how energy is used. 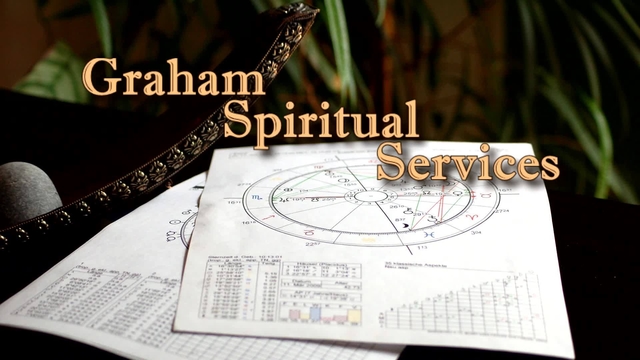 Frank stated that angels are, contrary to what people may think; not physical beings; but are similar to “bundles” of energy that have a consciousness that we can interact with; and depending on what belief system you ascribe to, take on different roles. Angels are arranged in hierarchies. The first hierarchy is segregated in three orders. The first hierarchy is considered to be the holiest hierarchy and is said to be closest to the trinity. The first hierarchy is classified into following three orders: Seraphim, Cherubim, and thrones. In the middle hierarchy are Dominions, Virtues, and powers. The lowest third in the order are Principalities, Archangels and Angels followed by elementals. Seraphim are considered to be the most divine creatures from the old testament. Cherubim act as guardian angels. Dominions are considered to send power to the management and governing authorities on earth. Virtues are said to be symbols of divine strength. Powers are said to be the defending angels, who defend humans and the cosmos. They are also considered to have control over stars, moon, seasons and even the sun. They are also responsible for providing grace and courage to the worthy and deserving humans. Principalities are said to have command over the lower level angels taking care that all the divine orders are being fulfilled. The angels in this class are also responsible for raising worthy and deserving people to higher and honorable levels.

Of them all, Archangels are the most well-known class of angels in religious literature and are responsible for acting as messengers in the critical times. They are also considered to be the heralds of good news, revealing knowledge and imparting prophecies to the humans. Angels are the class of celestial beings closest to the human beings and act as messengers between humans and the divine, carrying their prayers to the heavens as well as responses back to humans. At the bottom of the hierarchy are nature spirits and elementals.

Frank states that the most important of those angels who interact with humans is Metatron, considered the Divine Masculine; and Shekinah, the Divine Feminine. Frank gives a very coherent description of how the different angels exist on the different planes of existence; and why some are visible to us in our three-dimensional view of reality and why some we cannot perceive at all. He talked about how the elements of Fire, Air, Earth and Water go from being one-dimensional measurements to three-dimensional reality through measurements and geometry. This is a rather difficult concept to grasp, but Frank explained it in a way that was easy to understand. It was amazing though to think that if one drew a geometric figure on paper that somehow it formed a more three-dimensional personification or somehow brought that particular energy in. This may be a good reason to learn more about geometry in school.

In addition to the wealth of information that Frank gave us on angels, he is also well versed in energy fields, especially energies brought into being in dwellings and buildings. He shared some of his research with us about the connection between the Rosicrucians and the Masons. As at one time there was a Masonic lodge in the area, we decided to focus a bit on the connection between the rituals that were purported to be done there in years past and energies within the building itself. It is rumored that some people have experienced paranormal activity while in the building, even though it has been converted to other use. Frank explained that most of the Mason’s ceremonies are geometry-based with a Golden Dawn foundation underlying them.

According to Frank, the Order of The Golden Dawn used spiritual geometry for pretty much everything; saying that in order to pull energy in they would create geometric figures; but that when they drew these energies in; it would stay within the building because even though they could remove or banish it out again when they were finished with it; they did not; instead keeping this energy within the building for their use. After repeated ceremonies, this energy would magnify. All of this power created by ritual and geometric figures was empowered by angelics, either graceful or fallen. He said that whether or not this left-over energy within buildings is harmful to those entering it would depend upon the rituals and what the intent was; stating that geometric figures in themselves are neither good nor bad; it is what you empower them with that makes the difference. Frank said that many old buildings have both types of energy trapped within them.

Someone like Frank, who has experience dealing with these energies; or someone with psychic abilities or paranormal investigators may be able to determine what type of residual energies are trapped within. They can be anything from residual energies from things that have happened or energies that were invoked for a purpose but are still hanging around. Frank states he is pretty good at picking up on the energies within a place; especially those energies that are more negative; because of his skill in banishing this type of energy. Frank says he basically goes after them to get rid of them. After talking with him, there is no doubt in my mind that he would be the one to go to if there is some negative energy or some bad angels hanging around your house. Paranormal Muskegon is grateful for this thoroughly riveting and informative interview.

Frank offers a variety of spiritual services and classes. For more information visit his website below or call 517-528-8766. 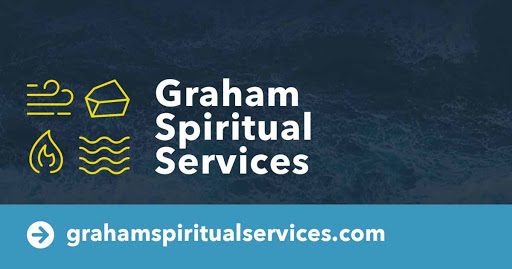