We've been filming at Kitchen 242 since we first met LaKisha Harris.  We had a pretty good idea that she was a rocket about to take off and things got rolling quick.  Like really quick.  She's now got her own place on Glade Street right on your way into town, she can barely make enough food to stay open her posted hours, and true to form, she's using her new found home, and spotlight to bring others right up with her!

The road to her own restaurant has been a long one, but persistence pays and now that she's able to work on her own, LaKisha is providing the delicious comfort food that everyone is talking about out of her own space and she's going to keep on keeping on with us to share some of that delicious knowledge as well as some of her incredible money saving ways to make a gourmet taste on a serious budget.  If you are planning a visit to L'Soul Filled, let's tell you in advance, get there early.  She's been selling out most every day of some of the amazing things that she's preparing so make sure you follow her on Facebook and on her website to see what the daily specials are and get your order in early! 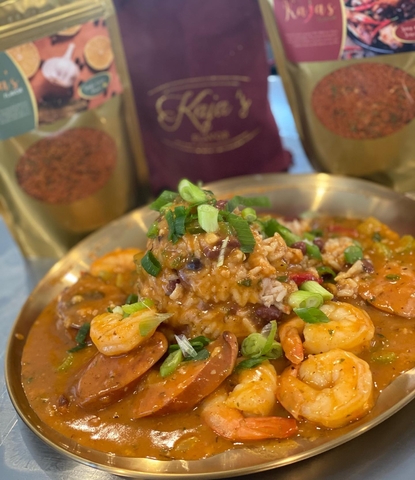 On to today's show though.  LaKisha has invited Kaja Thornton-Hunter to join here!  Kaja is the founder of Overcoming Barriers Inc of Muskegon Heights.  It's a non profit organization that assists adults who need a hand with independent living, assisted living or maybe even adult foster care.  They operate 5 homes in the area and Kaja also has her own brand of seasonings.  We featued a story about Overcoming Barriers on Positively Muskegon recently, it's a great organization. The flavor packs of seasonings are inspired by her 8 years of living in Savanah Georgia where she developed a deep appreciation for the food, flavor and culture of the area.  Upon returning home, she wanted to bring some of that with her, so she developed the spice line and she's also widely known for putting on crab boils for friends, family and fundraisers!  Kaja's spices are featured all across the menu at L'Soul Eatery, so when you pay a visit, you'll be getting a taste!

They are teaming up to make Etouffee.  There's sausage, shrimp, rice and all kinds of other yummy good stuff.  To be honest, filming this was so much fun, it was distracting to actually see what was all going in to today's dish, but...if you watch the show, you'll see in no short order, that there's magic happening in more ways than one as you're introduced to some amazing flavor, personalities that are through the roof and two hearts beating as one as these gals share their excitement for all things creole!  Let's do it!

It was a blast to film and to be honest, had to loosen up the belt after dinner as all that food had to go somewhere. If it was to be my bottomless pit.....so be it.  You'll find the links below to both Kaja's Flavor Packs and L'Soul Eatery!  Next time from LaKisha we'll be back to one of those under $10 meals and you will be seriously delighted with what you see!  Our thanks to both Kaja and LaKisha for an outstanding time and meal today!  Make sure you try them both out! 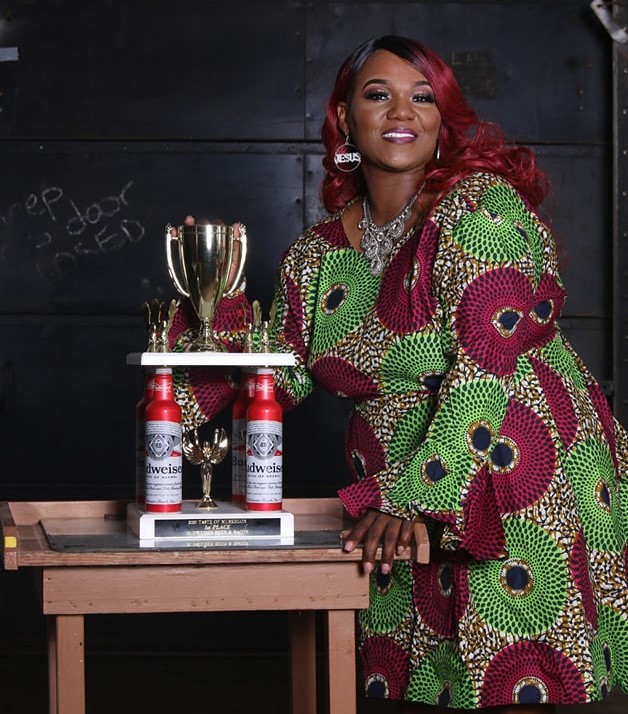 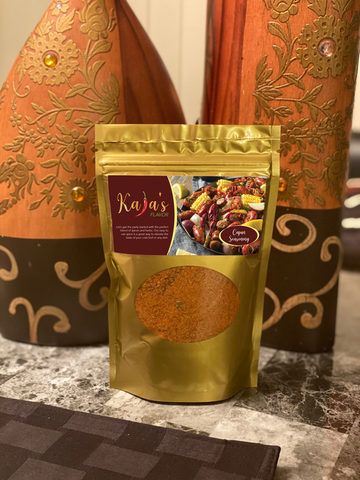 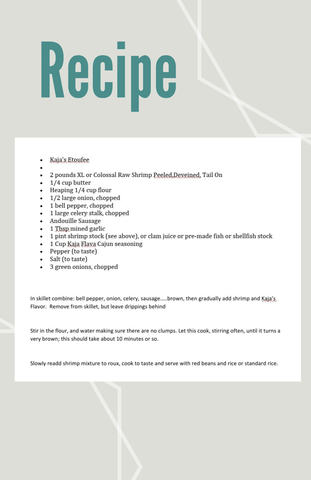