Paranormal Muskegon was back talking with Darren Dykhouse of Lakeshore Paranormal who has been busy chasing down those ghosts; including a late-night visit to historic Stimson Hospital in Eaton Rapids, the Felt Mansion and the Allegan County Jail. We first met Darren last spring when we had the chance to talk with him about the work that Lakeshore Paranormal does in the area.

Darren is a popular Muskegon YouTuber in Muskegon, whose channel, Lakeshore Paranormal, is growing exponentially due to the interest in the paranormal as well as the high quality of his investigative work. Through the use of spirit boxes; he has been known to pick up what are known as EVP’s or evoked voice phenomenon and ITC or instrumental trans-communication; which is how the spirits are apparently able to use sound waves in order to communicate. But they can also communicate in real time by somehow changing sounds in order to form speech in order to communicate. If you have never heard any of these recorded sounds, I encourage you to do so; they are fascinating if not more than a little eerie. In addition to the newest technological devices; as an empath, Darren uses his intuitive ability to sense the presence of spirits as well as communicate with them. Empathy, or the ability to be in tune or resonate with others tends to be voluntary; as in when speaking to the spirits during one of his investigations; but it can also be involuntary. This ability serves as kind of a mental “tuning work” whereby the empath can actually feel the emotions of the people around them; or even the emotions of the departed. Most empaths don’t really know how they can do this, but simply accept it as an innate ability. 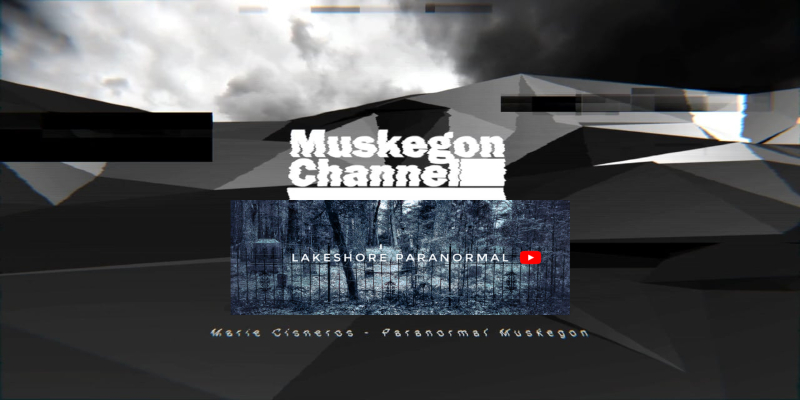 Darren said he recently had the opportunity to spend some time investigating the Stimson Hospital. Stimson Hospital is a Victorian-era home in Eaton Rapids, Michigan that served as a 20-bed hospital for many years, under a variety of names. Around 3,000 people were born there, and many more were treated for a variety of ailments. But people also died there; some tragically or under unusual circumstances and are said to still haunt the premise. One such spirit is said to be that of Dr. Blanchard who unfortunately fell to his death down an empty elevator shaft in 1919. But his is not the only one. There have been countless deaths natural and otherwise over the years and rumors have circulated for years about it being “cursed.” At one time the building was divided into apartments and those residing there reported hearing loud noises stemming from the basement all times of the day and night; voices, electrical appliances malfunctioning or turning on or off by themselves; or objects being moved or disappearing. Stimson Hospital was purchased in 2017 by a couple working on renovating the old building with plans on converting it to a bed and breakfast. They did note that some of the activity attributed to a ghostly presence had increased once they started renovations; but remain undaunted by the idea that they are not alone; in fact they kind of liked the idea.

Darren also recently investigated the Felt Mansion, which was built in the early 1900’s. Located about ten miles south of Holland, Michigan, this beautifully maintained mansion was once the summer home of self-made millionaire and inventor Dorr E. Felt. This mansion in every essence of the word; is now preserved to show the extravagance and lifestyle of the Roaring 20s. It is listed on the National Register of Historic Places and the Michigan State Register of Historic Sites. Dorr purchased it in 1928. He and Agnes moved into the home in June of that year, but Agnes never truly got to enjoy it because she became ill suddenly and passed away in the mansion only six weeks later.
In addition to being a private residence, afterwards it was also served as a seminary school, housing priests, nuns, and students at one time. In 1977 it was purchased by the state of Michigan, who used it as a state police post and then the Saugatuck Correctional Facility, which closed in 1991. In 1995 the State sold it to Laketon Township with the stipulation that the estate be preserved and open to the public. Some of the strange goings on reported at Felt Mansion include doors and windows opening or closing of their own accord or things being moved. During some recent renovations, weird things were also said to have happened, ghostly forms were seen manifesting to workers within the mansion. But if tales of spirits haunting the place wasn’t creepy enough; the area around the mansion is said to be where “Melon-heads” legions and stories were said to have originated. These peculiar tales involve sightings of bulbous-headed people who inhabit the woods surrounding the area; who are said to have escaped from the Junction Insane Asylum near the mansion, although no such facility is said to have existed by official accounts. It is unknown how these stories started; but to be sure; as some stories involve the melon-heads having murdered a doctor who kept them prisoner or even trying to make meals of people; it would make one be a little wary of going out into the woods around the mansion.

For Halloween, Darren had the opportunity to accompany Rick Waid, a well-known paranormalist and Seer; a person who connects with the energy of those who have passed away, to investigate the Allegan County Jail. The jail was a 1906 home that also served as a county Jail. Stories of strange events and apparitions have surrounded it for many years and more than a few ghost hunters and paranormal investigators have investigated. The part of the jail where the county sheriff's family lived is preserved to show the typical 1900s life, complete with charming antiques, velvet furniture, an old Victrola as well as mannequins in period clothing. The other half housed three floors of cells that were last used as the jail in 1963. At one time the graffiti scratched by inmates could still be seen on the basement walls.
The jail is said to be haunted by the spirit of a little girl who drowned in a nearby lake in 1892 and is buried in a cemetery nearby. It is believed that the hauntings were initiated by a lock of the girl’s hair that was found within a bible that is housed there. It was a common practice to save the lock of someone’s hair who had passed away; oftentimes being made into jewelry or placed in locket; but along with the lock of hair is a flower that is said to have been taken from her grave. It has been a long-time superstition that it was bad luck to remove anything from a graveyard; because the spirit will follow you home. Maybe this is why she is drawn to the jail. Using EVP monitoring. Waid, Darren and a group of other paranormalists and onlookers; both believes and skeptics alike gathered to see if her spirit would manifest. This investigation was filmed by a Grand Rapids news team. The investigation focused on four levels of the museum with recordings being made by Waid, which revealed some amazing results.

From having the hair stand up on his arms while standing in the morgue, attempting to communicate with a ghost at Stimson Hospital, on the look-out for any “melon-heads” said to be roaming the woods at the Felt Mansion to staring down some mannequins in the Allegan County Jail (anyone else get creeped out by mannequins? I know I do); Darren’s videos keep us on the edge of our seats with his courage to seek out the strange, weird or ghostly happenings around Michigan. We look forward to seeing what Lakeshore Paranormal has in store for us in the future; but whatever it is, it will be sure to creep us out.
To check out some of the places they’ve investigated, visit Darren’s Facebook: https://www.facebook.com/LakeshoreParanormal