Larry McCray will be bringing a night of the blues to the Playhouse at White Lake on Saturday November 27th to benefit the Killer Blues Headstone Project which Steven Salter of Whitehall got underway a few years ago to place markers on the graves of blues musicians who would of otherwise have long been forgotten.

We go back a bit with Steven Salter, but let's catch you up a little.  Personally, the big news for Steven Salter is that he was recently elected the Mayor of Whitehall!  Quite an honor to say the very least, but he's also very quick to point out that while he's the Whitehall Mayor, the job is really about the White Lake Area which includes Montague as well and the two adjoining cities work together pretty well, thank you.   The Killer Blues Project began in 1995 as he helped a music distributor, which turned into a gig selling at festivals and preserving the incredible history of this legendary art.  As Steven branched off on his own, his particular calling was to stick to the blues and as he traveled to pay respects to the artists who drove his passion for music, he found that their graves were often not marked.  Sadly, the old days of music and entertainment didn't afford the performers the life they have now, and when Steven saw the need, he got to work.  To date, according to his website 134 markers have been placed all over the country in memorial of the musicians that gave birth to pretty much all the music we hear today. 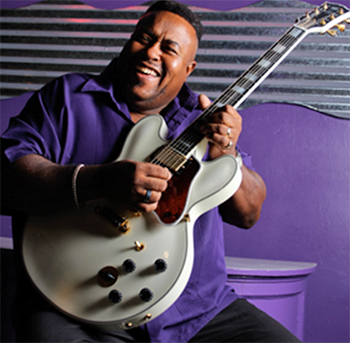 Get Tickets to Larry McCray

Yes, grave markers cost a little.  Steven turned the Killer Blues project into a 501c3 in 2009 and their work continues through donations, fundraisers and music.  Which brings us to a very big event coming up Saturday November 27th at the Play House at White Lake!  Michigan's own Larry McCray will be putting it all down that night with the North Grove Killers opening the show and all proceeds will go to help fund the grave markers.  The North Grove Killers?  Staff members and friends from the North Grove Brewery formed a blues band of their own and will be taking the stage to open the show and, North Grove will also be adding to the fun with a special beer that the proceeds will help with too.  Let's not forget Fetch just across the river, they will have libation on hand to help too!

Met up with Mayor Salter as well as RJ Nordlund who's one of the co-owners of North Grove Brewery to learn a little more, take a listen.

If you've not been to the historic Playhouse at White Lake, or maybe if you need a night out to enjoy some incredible musicians, or maybe it's the idea of benefitting the Killer Blues Headstone Project is what you're into, it's all going to be happening in one night!  You've also got the streaming option that Steven spoke of if you'd like to enjoy the show from your own place!  It's been a great story to follow with Stevens passion for those who would be otherwise be forgotten.  It was awesome too to get to see North Grove Brewers from more than just a drive by and we're thankful that the show goes on!! 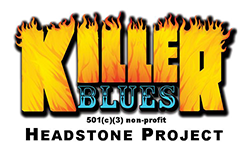 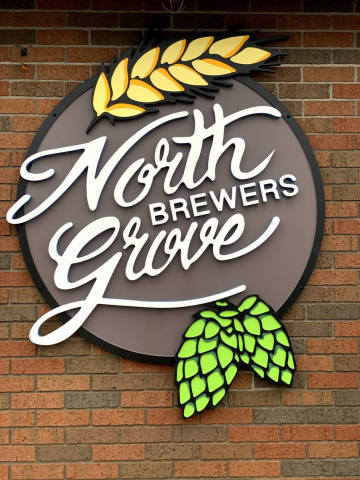