We're very fortunate to have the neighbors we do and that just south of us, Grand Haven is set to get their summer back in the swing of things in full force with the help of Seven Steps Up and the non profit they founded called Courtyard Concerts.  The idea being that with the intimate setting of the Seven Steps Up club and their desire to provide not only the listening room experience, but music on a much broader scale as well.  As they grew with their offerings of the concerts outside and Grand Haven opened the stunningly beautiful Lynne Sherwood Stadium along the channel, it was pretty clear that the partnership was inevitable and that bigger things were coming to Grand Haven musically.  2019 it all kicked off with a great series of concerts, and then the unspeakable.  You know all too well what came next.

Well, with the bulk of the pandemic behind us...the pieces are back in place and with our partnership with the club and the event, we're the lucky ones who get to talk to the bands who are coming!  That is assuming that is someone on the staff with 30 plus years of doing artist interview things can still pull it off.  We're all waiting and watching to see.

Opening the series in 2022 is a HUGE show with Big Head Todd and the Monsters and 10,000 Maniacs!  The show is June 20th at the brand new stadium and the tickets are priced right!  It's only $68 bucks.  On the bill as well is Michael Arlen Bont of Greensky Bluegrass.  Tickets for the show can be purchased HERE. 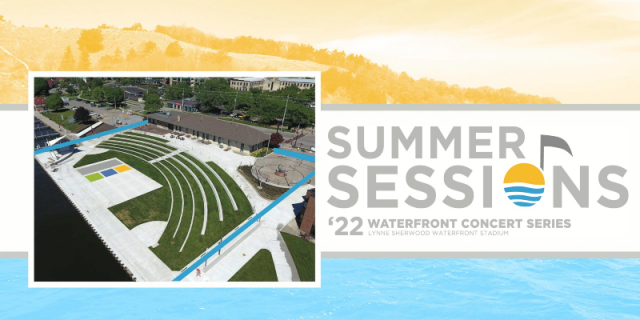 As we work to help promote the show, we sent the feelers out to see who's up for talking about getting back to life on the road and Steven Gufstason from 10,000 Maniacs was first to answer the call.  Celebrating their 40th anniversary, 10,000 Maniacs have become a staple in the world of "alternative music".  That is if "alternative music" is still a thing?  40 years ago, things were a little more segmented in music.  There were hair bands, metal heads, rap, what was left of disco and an emerging "alternative" scene that was sometimes called "college rock".  10,000 Maniacs...easily one of the founding fathers of "college rock".  Their brand of music and their presence with a bold and determined female lead made them darlings of the early alternative years and when MTV Unplugged called in 1993 the cd went on to sell 3 million copies.

Today, Steve and the rest of the band are enjoying the time playing.  The last 2 years...some writing time which was a little overdue according to Steve.  In the music world today, revenue comes from playing live so being out there is how the bills get paid.  Even though "out there" isn't anywhere near the intensity of the early days.  Yes, it would appear that the college rock kids were equally going after the big prize back in the day just like the rocker dudes were.  Some of the younger stuff sounds like it was just as wild and fun as Steve reminisces with us today.  Is it a standard old "hey, your band is coming to town" interview?  Nope.  It's a couple older guys who've seen a little more than their share of it all over the lakes 4 decades sharing a few stories.  Take a listen.

That was fun! Pretty nice to be at the other end of 40 years minus the pressure and past "label's" around music.  10,000 Maniacs have entertained the world over and June 20th they are going to be right here!  Make sure that you grab some tickets and some friends and come check out the show, and the series of shows that are going on at the Lynne Sherwood Stadium!  It's a full schedule of awesome acts and there's something for everyone!  Being able to sit down and enjoy a chat with Steve is still an enormous treat for me and to know that Gary and Michelle have stuck it out in a very difficult couple of years for all of us, but compounded for the live entertainment business, it's good to flex a little know how and help promote too!  See ya at the show!  Visit 10,000 Maniacs online! 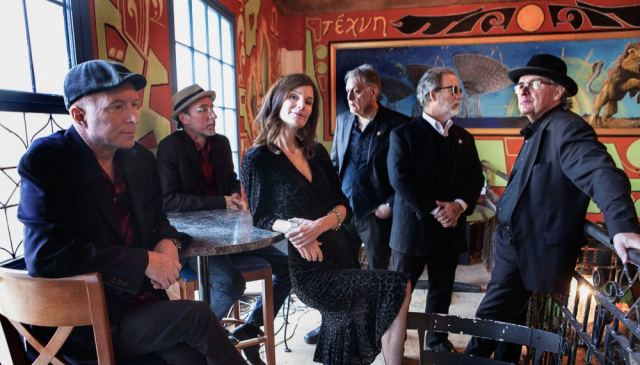