Yes, there is still snow on the ground, but there is no proof that it's some kind of James Bond super villain that's in charge of controlling the weather, so lets go with the assumption that it's going to warm up and we're going to be enjoying everything fun about the movies in West Michigan that we know and love...including being one of the last bastions of hope when it comes to the timeless classic of having a drive in!  More on the drive in in a moment, but let's talk about some cult classics first.

A while back, we introduced you to The Denton County Play House, they "shadowbox" The Rocky Horror Picture show and their cast travels the state.  Well, in Muskegon, they have a new home and it's the Plaza 1&2 on Henry Street!  If you've been part of the phenom of the Rocky Horror Picture Show since "back in the day" you know you're in for a raunchy good time, and if it's your first time giving it a try...well, find a sitter and join the fun Saturday at 10:30! 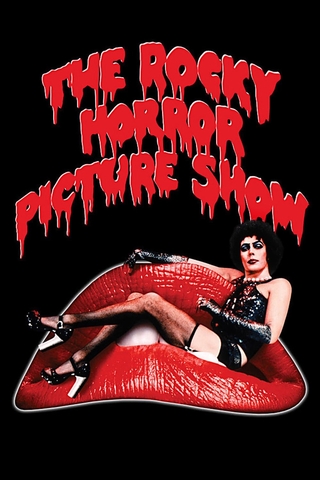 Now, on the the Getty Drive In!  It's opening weekend!!  Double features at all showings!  The nostalgia of the drive in, the fun of packing the family in the car and bundling up, maybe even getting to go to the movies in your jammies if you're a kid....doesn't get much better.  This year, you'll find some new amenities at the Getty 4.  The theater is now on with the rest of the Celebration Cinema family as far as rewards and online tickets.  They are also launching a new express entrance for those who do purchase their tickets in advance, but that might take a week or two to perfect, so please, be patient if you head to opening weekend with tickets in hand.

Then there are the movies!  It's going to be a great season with a little something for everyone.  Comedy, action, super hero's, suspense and even Han Solo gets his turn in the spotlight!

Tom Bitson is the manager of The Plaza 1&2 and he's also "The Guy" when it comes to movies in Muskegon.  We sat down to talk all things coming up in the near future of fun, take a listen!

It's going to be a busy summer!  So much to do and see and as far as the movies go and as we've talked in the past, Celebration Cinema puts so much into the experience.  The seating, the sound, the 3-D, the D-BOX, the concessions....the immersion into another world for a short while and a chance to escape it all at the movies!  For tickets, shows and show times to all the Celebration Cinema theaters, click on the logo below!