As the Muskegon Channel has grown, so has our approach to what we do.  Believe it or not, where we are today is a long, long way from where we started in 2015.  Back then, we had a free blog program and a GoPro Camera that Andy had to buy 6 months same as cash to get the entire thing rolling with the Positively Muskegon blog.  Today, we've got HD cameras, live mobile rigs to stream just about anything live.  We've added some staff that have no experience so they can learn the craft and we've had some experienced people come along as well who have seen what we're building and want to be a part of it.  We have gone on to add Muskegon Channel Radio and most recently, we've acquired the management of Channel 96 in Muskegon on the Comcast system.  It's the community access channel and as we begin to start to rebuild our local television offerings, what we have online will remain just as important. 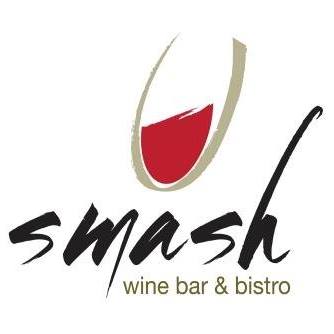 That being said, we've had some pretty good success with streaming shows.  We showed the Mona Shores Singing Christmas Tree live for the first time and had over 10,000 streams open up during the show.  We have a couple more lined up soon, but beginning on January 31st we're going to launch our very own live talk show called "Muskegon Tonight".  We're not out to re-invent anything.  We're not going to innovate talk shows or go for the "viral hit". We simply just want a nice, fun and informative talk show, with a live audience that Muskegon can tune into for some interesting talk about news makers, events and interesting things about Muskegon.  As we have said from the beginning, relying on out of town media to tell our story...we can do better, and "We have a New Story to Tell".

Andy O will be joined by newcomer to broadcast Jeremy DeWitt who you might be familiar with from his band Yard Sale Underwear or maybe his "Podcasters of the Universe" show that he hosts. The first show is January 31st at Smash! Wine Bar and Bistro in Downtown Muskegon and the guests include Muskegon Mayor Steve Gawron, Jim Rudicil from The Muskegon Winter Sports Complex and comedian Ricarlo Williams Winston from the Back Alley Comedy Club.

Lauren Stanton caught up with Andy and Jeremy to talk about the new show just outside Smash! in the lobby of the beautiful Frauenthal Theater.  Take a listen.

As Mentioned, the seats are sold out for the first studio audience, but...you'll be able to watch on your connected device anywhere!  Just come to MuskegonChannel.com and be ready to roll at 7:30 on January 31st for the launch of Muskegon Tonight... Live from Smash! Wine Bar and Bistro!