Let me start off by saying, this was one of the most fun interviews I have done in a while, and it could have easily gotten out of hand...quick as we sat down to reminisce about the photography gallery that's going to be on display beginning May 23rd at the Muskegon Museum of Art.  Tough as it might have been, the artist and myself managed to keep it together....for the most part and talk about the display and the work that went in to the gallery...30 years in the making.  Let's rewind to begin.

Way back when, I was just a lad getting started in radio.  There was the internship where I got my start, then the next step was to be hired on as a "board op".  The board op had to stick around the radio station and run the music, commercials and everything else when the actual air personality went out to broadcast live somewhere.  It was the second step to being "on the air" and it was a chance to get used to the mechanics before you drove yourself into the wall actually talking on the radio for the first time.  Which I did....and how.  Amazing the humiliation you'll put yourself though for $6 bucks an hour if you want something bad enough.  Anyway, Paul Jendrasiak was also a board op and if memory serves me right, he did some air work too back when.  Part time, weekend stuff and it was always good to work with Paul. 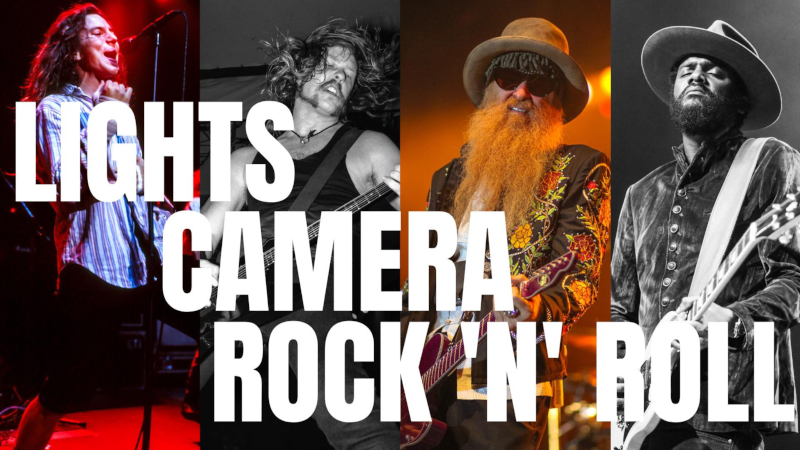 Paul on the other hand was a lot more eclectic in his focus when it came to all things media and music.  Ya, we were both a couple of "mullets" (his was WAY better than mine) but we loved the heavy and hard stuff and while I was out mingling with fans and bands, Paul was writing about them for the Music Review and gathering up photo passes to really capture some amazing moments from behind the lens.  Paul's photography and journalistic approach led him to a world of surreal experiences, much like I had, but just from a different angle and the amount of shared experiences we had over the years....the amazing events, the incredible people...it's truly the stuff dreams are made of.  Paul did have one distinct advantage though.

Paul's memories are all preserved.  Photos...1000's of them, the best of which will be on display beginning may 23rd at the Muskegon Museum of Art.  It's a comprehensive gallery covering the three decades Paul has been on stage, or side stage with the biggest names in the business.  Moments just before a lot of bands really hit the big time, or some moments of when established icons came to West Michigan for a visit.

Paul and I sat down for a chat in front of Metallica front man James Hetfield, a photo Paul took at the LC Walker Arena on November 1st 1991.  Paul was behind the camera, and I was in the center of the stage in the "Snake Pit" for the show that barely left the LC Walker Arena standing.  Take a listen.

His memories are in print...mine...all in my head.  I think in the long term, I had to give the win to Paul for his amazing work and his terrific approach to an industry we both grew up loving...and both found ways to dig in deeper than most anyone could.  It's been a great 30 years of friendship...and even the few minutes of getting together brought back so many memories.  Please join Paul for his gallery opening and photo discussion on May 23rd.  I will see you there to hear Paul's side of the story.  For more about the Muskegon Museum of Art, click on their logo below.