Maternity leave continues for Caitlin, but the absolutely awesome thing is....even with some rewind episodes of earlier shows, her following and viewership continues to grow a little week after week.  This is a bit of a tell.  It's telling in the fact that some are trying yoga for the first time and it's also telling in the fact that it take a little time to build an audience.  Everyone thinks the "instant hit" is how things work in media, and that would be just wonderful, however, like anything it's the persistence and willingness to stick it out that helps anyone reach an audience.

Why the broadcasting lecture?  Well, much like broadcasting, you might not get yoga instantly.  It might feel a little awkward.  It might feel like something only "other people" do.  It could be a hang up over the origin of the discipline, the awkward positions or the words like "squat" which for some can be a giggle.  Here's the thing tho....it's those first steps.  Yoga is one of the most ancient arts of self care on earth and we here in the midwest...well, some of us are a little on the more conservative side of uptake on worldly traditions.

With that, let's give it a try.  We're rewinding back to the "boat pose".  It's not quite as extreme of a name as "downward dog" or "squat progressions" when it comes to adapting something that sounds weird....it's a great way to settle in to something that over time, can become as useful and powerful in your life as anything.  It's a power you've had all along.

Caitlin is a great instructor. She's also working to build her clientele and her entrepreneurship and drive to get her business off the ground is great.  She's working hard with a gentle approach and determined drive to deliver her classes on multiple platforms and grow an audience.  She's built of what Muskegon is made of and if you like the weekly thing here, well make sure you contact her about one on one or group offerings.  Still might be a bit before she's up to full speed, but she's getting there.  You can learn more about Tranquil Waves Yoga by clicking on her logo below. 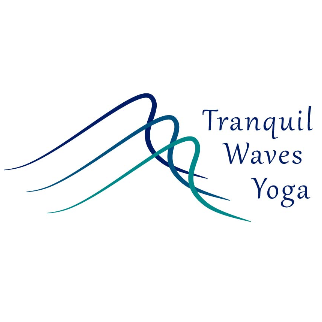