A little over a year ago, Andy O was asked to emcee the Walk to End Alzheimer's in Muskegon.  Not a stretch really, kind of what he does.  Over the years, between Positively Muskegon and The Muskegon Channel, we've covered the events that go along with the Walk to End Alzheimer's because sooner or later, just like cancer, everyone will know someone who's been effected by Alzheimer's Disease.  It's a dreadful condition that deteriorates memory first and slowly kills those suffering while their entire life is washed away and their friends and family are left watching helplessly while the once strong fade into a world no one ever imagined.

As we've worked together and after the emcee thing, the "ask" for a hand got a little bigger from the Alzheimer's Association.  Andy was given the honor of being asked to be the Spokesman for The Alzheimer's Association for Muskegon.  After the initial shock passed...ya, he's an OK emcee and all, but a role like that...um...well, it was a great honor and Andy said yes.  But, how do you speak for so many who have all experienced the same disease, with different onsets.....different progressions....different symptoms in different people and only one known outcome...a sad ending.  So, how do you tell a story you have limited knowledge about?  You find an expert. 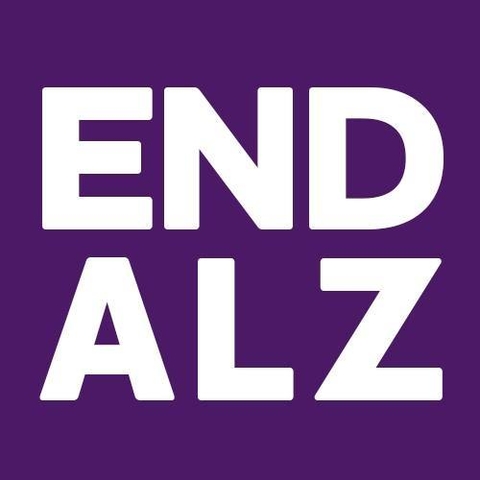 When asked to emcee, the call came from Kelly DeVos.  Kelly works at Shelby State Bank and her father is suffering with Alzheimer's Disease.  Kelly is also a volunteer with the Alzheimer's Association and got involved because she wants to do her part for what's happening with her father.  Kelly was recently married to Matt who's mother also suffered from Alzheimer's.  They are a great couple with a lot of first hand experience "in the trenches" if you will, when it comes to this disease.  Most of the time though, Kelly was a single mom of 4 while she was also taking care of her father and trying to find answers, hope and maintain a home.  She's simply put, an amazingly powerful, humble and incredible person who sets an example for all about persistence, the true value of family and balance.  Andy and Kelly struck up a friendship after that initial contact and as it grew, so did the idea of how can the story of Alzheimer's best be told.

It took a lot of nerve for Kelly to sit down for this series of 4 interviews.  But her mission is very clear on the subject.  She's out to give courage, strength and hope to others who are in the same fight as she is with Alzheimer's.  Over the next few weeks, leading up to the Walk to End Alzheimer's in Muskegon, we hope that you will follow this incredibly open and honest discussion about living with and caring for someone with Alzheimer's Disease.  You'll learn some early warning signs, you'll hear about the heavy toll it takes on the person, the family and how close it can be to bringing people to the breaking point.  There are no holds barred...the only edit you'll find in any of the 4 interviews is where a battery died, and if you follow this conversation...you'll see in no short order just how devastating and dangerous this currently incurable disease is.

Our first chat, is about life before and up to the diagnosis with Alzheimer's Disease.  We are very proud to present our first edition of Tuesday with Kelly on The Muskegon Channel.

A short introduction and there is so much more to come.  It all leads up to the Walk to End Alzheimer's which is coming up at Heritage Landing on September 21st.  You can form a team.  Walk as an individual.  Be a sponsor of the event or, just come down and learn a little more.  See first hand those who battle and those who provide care and be a part of the quest to one day, hopefully find a cure for this horrible disease.  You'll find the link below for the Alzheimer's Association in our area.  Click on it and get involved.  Come back next Tuesday too for the second part of our conversation where we talk about the first signs Kelly saw in her dad and the early diagnosis. Visit https://act.alz.org/site/TR/Walk2019/MI-MichiganGreatLakes?fr_id=12639&pg=entry for more information.