It's quite an occasion coming up for the Disability Network of West Michigan.  20 years of service is a worthwhile occasion to celebrate the work that has gone in to advocate, educate, empower and provide resources for people with disabilities.  While it might not be a household name like some of the other agencies you are familiar with, the work that goes on with the Disability Network of West Michigan is substantial and even though it's been almost 30 years since the Americans With Disabilities Act was signed into law, there is still a great need for their work.

Tickets to the 20th Anniversary Luncheon

It's not that people generally ignore the Americans With Disabilities Act, quite often...it's a matter of an oversight, lack of knowledge or simply not understanding.  People with disabilities account for roughly 20% of the population in the United States, which creates the largest minority group.  We hear so much talk about diversity and inclusion in today's day and age, but those with disabilities are quite often left out of the conversation.  From providing resources to business and community to working with government to offer thoughts and best practices the West Michigan Disability Network is the only consumer controlled, community based, cross disability, nonresidential, private non profit agency that provides and array of services and is designed and operated within a local community by individuals with disabilities.  It's a pretty remarkable group who promote personal empowerment and promote positive social change for people with disabilities.

By the numbers, the Disability Network of West Michigan has served 2,277 individuals in Muskegon and surrounding counties.  2,131 hours of individual and systems advocacy, 179 students receiving youth services, 843 consumer goals attained and 2,567 information and referrals completed.  They are an agency based on action and their actions lead to better lives for those they serve and our community in general.

I met up with Diane Fleser and Jeffery VanDyke at the Disability Network to talk about their agency as well as the luncheon coming up on September 25th at the Folkert Community Hub.  Take a listen.

Nice to see Jeff again.  We met him a while back here on the Muskegon Channel talking about his freelance graphic design, now....he's on board at the Disability Network making it happen!  Diane, Jeff, Dana and everyone else at the Disability Network are just wonderful people and as mentioned in the video, they are the go to source in our area for anything you might need by way of help, knowledge or resources when it comes to the ADA.  To learn more about the Disability Network of West Michigan click on their logo below!  Please plan on attending their luncheon September 20th to support their great work. 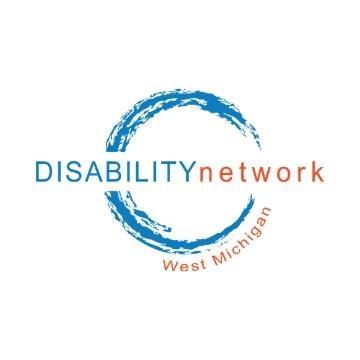