We are so very fortunate in the city of Muskegon to have a United Way that is such an active and positive part of our community.  The United Way of the Lakeshore is an action organization as much as it's the name.  After all, United Way is a big name and a lot of people but what's behind the name?  The United Way is all about strong communities through their work.  If it's the Dolly Parton Imagination Library providing books for kids all over the area or the ALICE program advocating for those who are considered the "working poor" to their extended community partnerships that help other organizations achieve their goals, the United Way is a clear leader in the Muskegon area when it comes to advocacy in action and one of their bigger days is coming up quick, the United Way Day of Caring on September 6th. 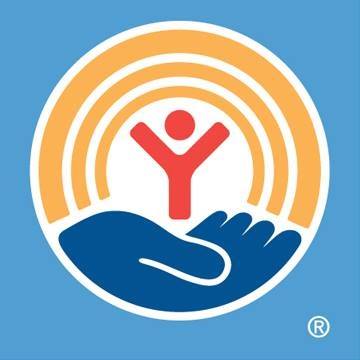 Follow The United Way of the Lakeshore on FacebookIt's a day when area companies and individuals set aside some time to put back into the community some of what they have been given.  Yes..it's a day of elbow grease and getting a little dirty, but the collective projects that get accomplished add to the over all good in and around the area for both individuals as well as municipalities who could use the hand.  This year, along with some homes of area veterans that need a little TLC and sprucing up, one of the major projects that will happen is the overhaul of the Johnny O Harris park in Muskegon Heights.  Named as a memorial park to fallen police office Johnny O Harris, the park needs some clean up...needs a little work on the baseball field, the swing sets, the play equipment and the over all image.  It's still a very useful park that people enjoy, but shrinking budgets and projects with more priority have put the park on the back burner for a while and the revamp is much needed.

The day begins at the United Way Downtown Muskegon with a breakfast and a little pump up activity, then..teams are sent to their respective locations to get going.  Shovels, rakes, lawn and leaf bags.  Chansaw's, limb loppers, weed eaters and lawnmowers are all the scene at first, followed by paint brushes, swing seats new benches...what ever needs to be done is handled by throngs of volunteers who give up a day of normal work to invest in all of us.

I met up with Dominique Bunker at the site.  We're no stranger to Johnny O Harris Park.  After all, there's a pretty great winter sledding party there every year which is more fun than grown up's outta be allowed to have.  We talked about the park clean up as well as the overall scope of the Day of Caring, take a listen.

Ready to pitch in?  There is so much more opportunity with the United Way than the weekly contribution some make with their payroll donation.  Not only does your involvement give you a little skin in the game in our community...yes...you get to look back and say "I helped do that", you get to network with friends and neighbors who are also out making a difference.  There are some friendly competitions among business that participate, but the over all winner is Muskegon and the people in it.  If it sounds like something you'd like to be a part of, visit https://www.unitedwaylakeshore.org/DOC for more information.