Developers of an old restaurant formerly known as Johnny Carinos on Harvey Street kindly donated the building to the Norton Shores Fire Department. They used this Building to perform ventilation exercises on a clay tile roof which is uncommon to the area. Watch the video. 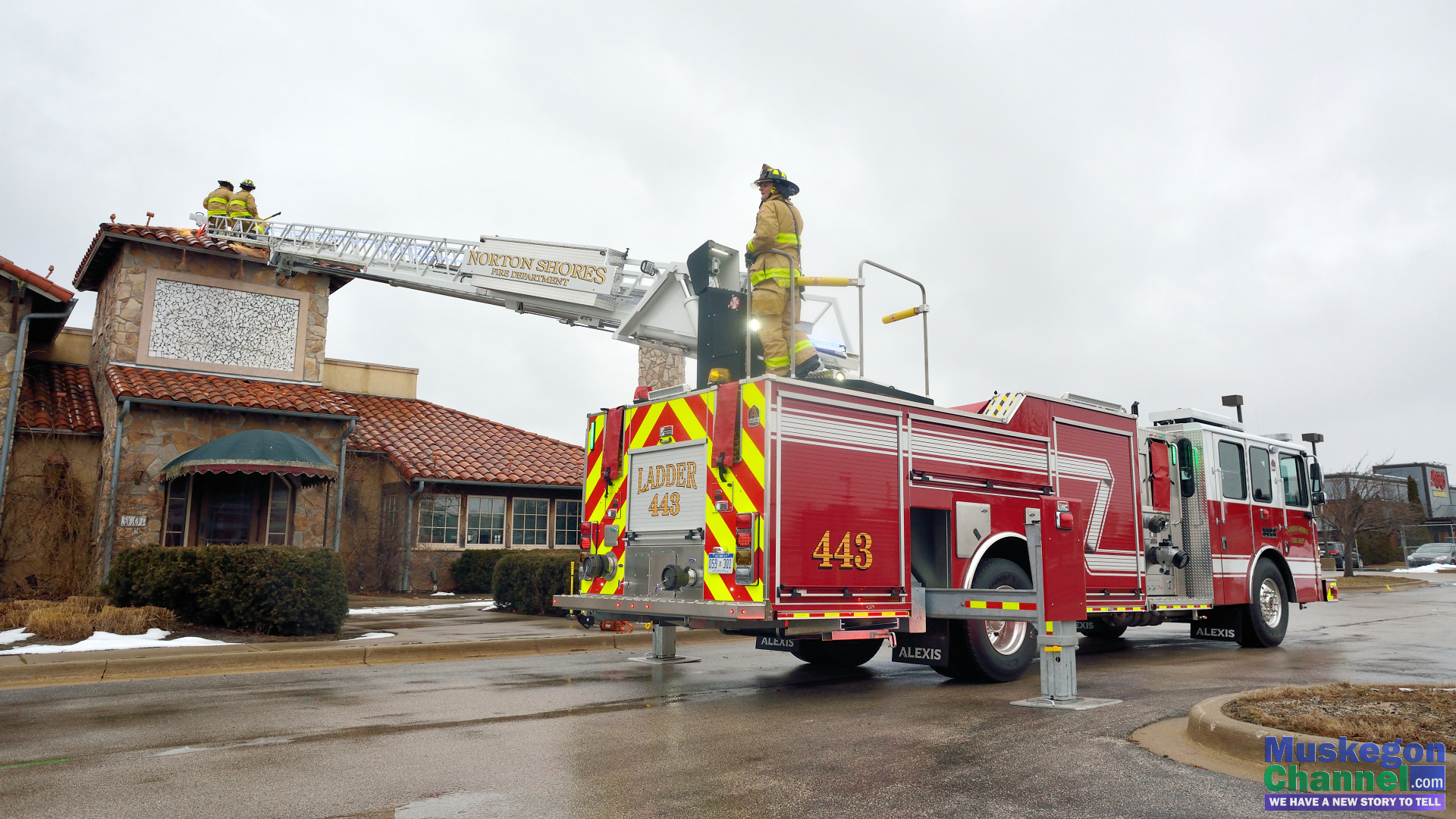 The Norton Shores Fire Department invited us to view their training with their brand new ladder truck - Ladder 443  on location at the soon to be demolished restaurant. Captain Andy Casperson explained to us step by step what the process was that they used to cut the ventilation holes in the roof. Ventilation is a part of firefighting tactics, and involves the exhaustion of heat and smoke from a burning building, making it more efficient for firefighters to safely find trapped individuals and tend the fire. If a large structural fire is not properly ventilated, not only will it be harder to fight, but it could also build up enough poorly burled smoke to create a smoke to create a smoke explosion or enough heat to create a flashover.

Afterward the ventilation exercise we headed inside where one of the Firefighters lovingly known as “Butters” showed us how to climb through a small hole between studs in case they find themselves disoriented in a fire.

One of the Norton Shores Fire Department Inspectors Ben Novac showed us how the kitchen hood fire suppression system works if there were ever a fire in the kitchen. Some of us were saying that is smelled like rubbing alcohol and some said it smelled like crayons. The first system that they showed us the liquid came out clear the second came out green like antifreeze in your car.

Specification on the "Ladder 443"

A special thanks to the Norton Shores Fire Department NSFD , you can also follow them on their Facebook page . 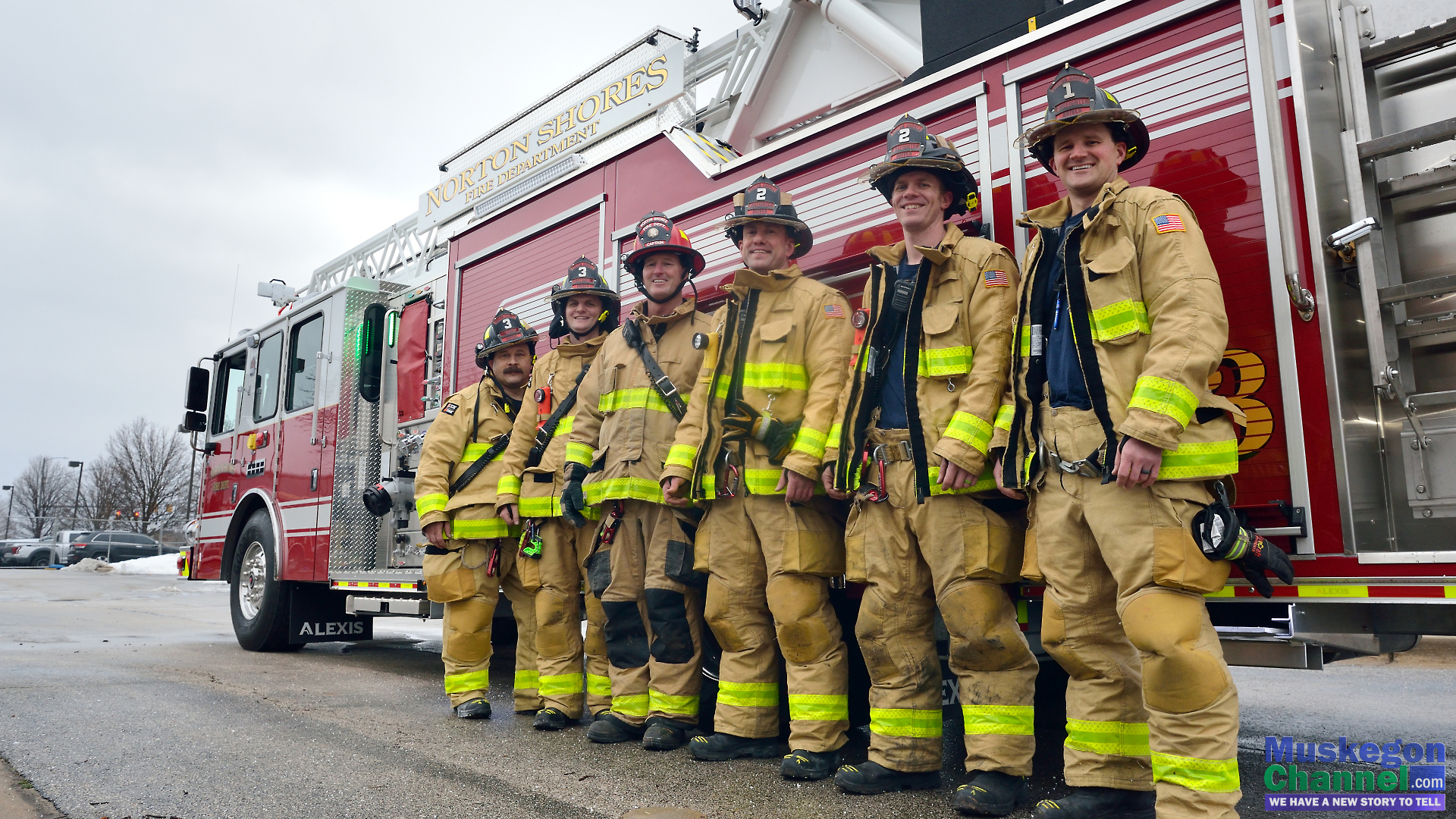