On May 5th voters in the Muskegon are going to be asked to vote on essential maintenance and upgrades for their buildings as well as their academics.  It's a two part bond proposal.  Proposal 1 if passed will generate $93 million for the schools with no tax increase.  Proposal 2 if passed will increase the average homeowners tax an average of $20-$60 bucks and focus on arts, athletics and infrastructure.  Proposal 2 is a 1 mil increase and will generate $11 million.  The state has made it possible for all voters to vote absentee due to current conditions.  There has never been an easier way to help support the schools.

That's the most stripped down, no bones about it explanation there is.  Now, let's talk some necessity.  Muskegon Public Schools are historic and what a large part of our community is built around.  From the Friday night lights at Hackley Stadium to the incredible history of our Big Reds like Harry Morgan of M*A*S*H fame, Former Minnesota Governor Elmer Anderson to names like Ronald Johnson (RoJo), Terrance Taylor and others more recently, we've had some pretty remarkable people go on to represent Muskegon from the halls of MPS.  It's a storied and legendary district.  With such history however, comes time and time is taking it's toll on the existing buildings and internal things there like HVAC systems, boilers, air quality and security for the kids. 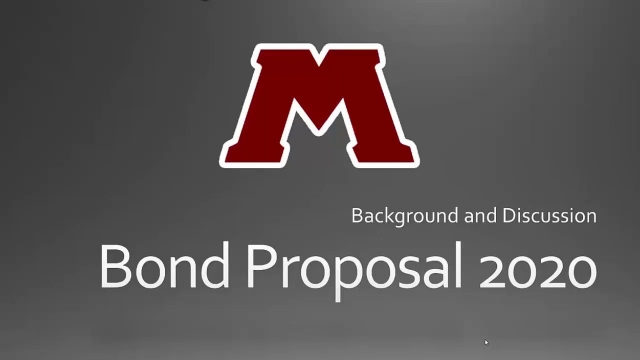 The most current building for the MPS was built in the 1950's according to Superintendent Matthew Cortez.  Every effort is being made to maintain what's there, but costs are becoming prohibitive to keep working on what was and in some areas it's time to move on to what's next.  One thing that was clear, the desire to keep elementary schools close to neighborhoods.  The next, a centralized and updated middle school.  Studies were done and there's a keen understanding of  what Muskegon residents wanted.  You'll see a brand new Charles Hackley Middle School and a refresh of elementary schools and the high school to a modern and engaging learning space.  This is Proposal 1.

Proposal 2 will bolster essential things like academics, athletics and arts.  Health and safety improvements at the high school, some much needed help at the high school swimming pool which is used district wide, fine arts equipment upgrades, new bleachers at the Redmond Potter Gymnasium and a massive improvement to Hackley Stadium with a new install of a turn field which will benefit the school in so many ways.  This is the 1 mill ask and will cost the average home owner between $20 and $60 per year depending on the value of your home.

As mentioned, Matthew Cortez is the Superintendent of the Muskegon Public Schools and met with Andy O today to talk about the true need for these proposals to pass and how it's essential for people to vote in May as opposed to later this year.  Most everyone can vote via absentee ballot as Matthew explains in the video along with discussion as to how important all of this is for our future in Muskegon.  Take a listen.

This vote is key, and you can make your vote count this time and not even leave your house.  As Matthew explains in the video, so much has gone on in Muskegon.  It's an amazing time to be here and a part of this community.  Now, more than ever it's time to invest in our schools and our young people.  We're building them a future with our investments in business, downtown and infrastructure.  Let's invest in them now so when they do graduate, their roots stay planted here in Muskegon and we continue to make our community stronger for the long term for everyone.  To visit the Muskegon Public Schools website, please, click on the photo below.