Sure, that's a headline that's designed to not only grab a little attention but to brag up the City of Montague and one of the eye popping attractions you'll find there.  It's a larger than life landmark that lets you know right where you are and chances are, somewhere in a drawer, or on a phone if you were born in more recent years,  if you've spent any amount of time in West Michigan there's a picture of you standing by it.

Dating back as far as 1642 it's noted that an apparent massacre between indigenous people of the White Lake area was recorded and the first settlement of what was to become known as Montague was granted to Job Sargent for his valor in the War of 1812 and today that spot is a city park and you might just find that giant weathervane that so many have been pictured by. 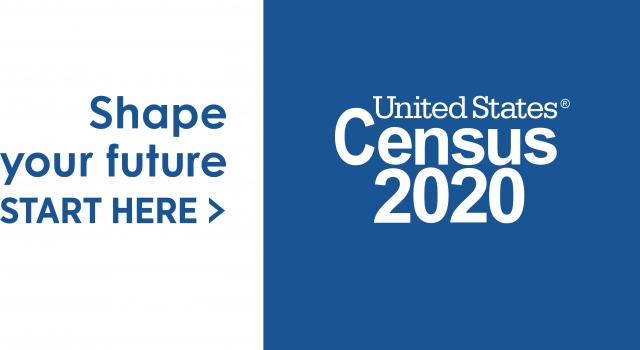 Start Here to Fill Out the 2020 Census

Today, Montague is a wonderful rural community with an outstanding school system, great housing a charming downtown district and room to grow!  One very unique part of Montague's charm today is how they roll back to events that might have gotten too "old fashioned" to some communities.  In the Summer and the Fall..watch out for the "Rolls".  Yep, the city streets are getting blocked off and watermelons and pumpkins are rolling down one of the steepest streets in town.  Add in some food trucks, dunks tanks and of course some of the local offerings for food and brews and you're right in the heart of good old American fun!

Montague like any community relies heavily on not only the data collected by the US Census, they rely on the money that comes in with that data!  Federal funding for things like schools, social programs, housing, representation in government, things like public transportation, meal programs for kids and seniors...all impacted by the Census and all impacted by the 9 questions you are asked to answer in under 10 minutes.  We're taking $18,000 bucks for your 10 minutes.  "That doesn't effect me."  Ya, it really does.  It effects everyone, everywhere in the county and it's 9 questions that are un-intrusive, private, won't be shared with any other entity, and if you act now...will keep a Census canvasser form coming to your door!

Jeff Auch is the City Manager in Montague.  At one point a council member, he's worked his way up to the top spot in this picturesque city and we sat down to discuss how the census is going and what the biggest needs are for the city.  Take a quick listen to our chat and learn a little more about Montague!

Wildcat country!  Montague is awesome in the Summer, beautiful in the Winter.  In the Fall you'll find the community rallying behind football teams from 78'ers up to varsity under Friday night lights and Spring, well, the causeway floods...so....let's get that census filled out and the money back to Montague so that can be fixed and the perfect little city in the Northern part of the county stays just what it is.  Home sweet home to so many good people.  To learn more about Montague and visit their City's page, click on that weathervane below! 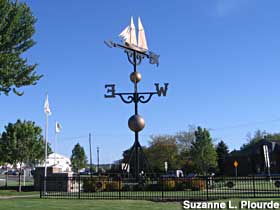