The Muskegon channel loves to spotlight those in which whom have contributed positivity through their work in Muskegon County.  Today I had the pleasure of meeting Dr. Pamela Smith a Muskegon native in which was a Muskegon Heights graduate of 1970.

Dr. Smith has received multiple degrees from a Bachelors of Science from Ferris State College, Masters in Education from Wayne State University, a Masters in Management from State University of New York Binghamton and Doctorate in Human Resource Development and Leadership from George Washington University all while working full time jobs.   Her professional career began in Merchandising with the Hudson Department Store In Detroit where she took on the responsibility of managing several departments. Later she was promoted to oversee training and development in Human Resources.  Dr. Smith returned to Muskegon in 2010 and continued her commitment to life long learning which was fostered by her parents. She has also managed to pass along her knowledge through being a professor for the last 14 years. 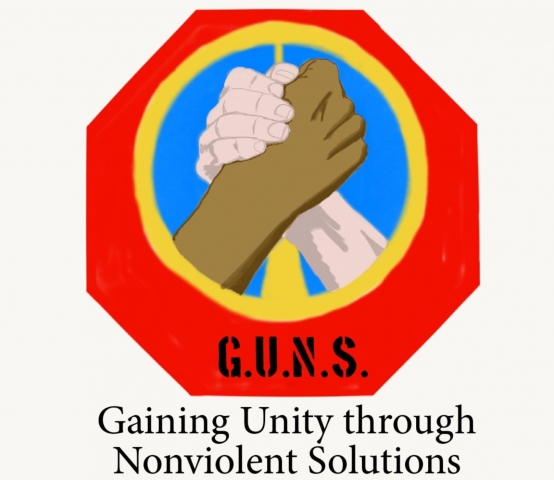 Within the community she has served on several committees, The Muskegon Heights Optimist Club, The Coalition For Community Development and Neighborhood Clean-Up Committee with her most recent being The G-U-N-S Program.

The "Guns" program stands for Gaining Unity Through Non-Violent Solutions. The mission of the program is to reduce violence in the greater Muskegon area with specific emphasis on the city of the Muskegon Heights by bringing together police, community leaders, educators, parents and students/youth to introduce non violent solutions for solving the problem of gun violence throughout our city.  The program was recently awarded $13,000 for both years 2019 and 2020 from The Community Foundation, provided by the youth council. This program is partnered with several organizations such as Muskegon Heights Public Academy, Muskegon Public School Systems, Muskegon County Prosecutors Office, Muskegon heights Optimist Club, Michigan State Police, Muskegon Police Department, Muskegon Sheriff Department, West Michigan Lake Hawks, The Dwelling Place, Mercy Health Partners, Muskegon Community Foundation and others.

Dr.Smith was named as a distinguished Alumni of Muskegon Community College in 2018. This happens to be the highest award given out annually by the college.  I sat down to talk to Dr. Smith overlooking Muskegon Lake recently, take a listen.

Even though Dr. Smith has retired she still provides mentoring through her own consultant business which specializes in conflict resolution, formal mentoring, diversity and inclusion, leadership, entrepreneurship, strategic planning and financial empowerment.  It's women like Dr. Smith that inspire other women to continue to move forward and achieve your goals in which one has set out to accomplish. 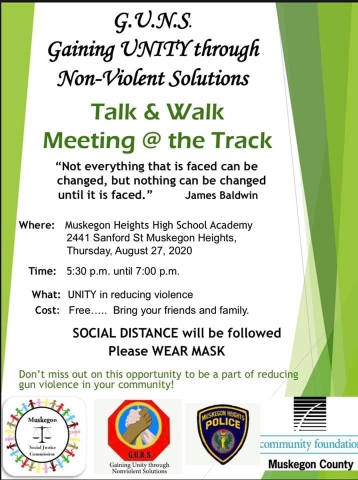 Stand Up for the Cure Muskegon - July 9th at Ross Park