2020 continues to be a year that we all stand and watch as things unfold.  A pandemic, the politics, the unrest and the future.  It's a whirlwind and it feels like we are all caught up in it.  From a political perspective, we at the Muskegon Channel decided that we were going to avoid it all.  That includes the money we could have hauled in from political advertising and the clicks and views we could have gotten with the back and forth between the candidates.  It's not that we don't see the importance of their missions, the vitalness of our issues and times or how that healthy discussion can lead to fixing things, we opted out over the polarization that's attached to all of this right now and the erosion of social media that surely follows.  We're so very aware of all that's ongoing, but we also think that a place for some respite is welcome too, so here we are.

With that, there are others who are facing the challenges head on here in town and they are doing it in a dignified way with those who are at the heart of it all as only a legendary member of the broadcast community could do it.  Gregory Roberts has been a part of the Muskegon broadcast community for decades and he's also a very keen observer of political happenings on a local, state and national level and like so many others, he's decided to do the work, get his hands dirty and get back in it to bring some discussion, issues and hopefully understanding to our area with his new program on 103.7 The Beat.

"Torn N 2" is the name of the program and it airs on multiple platforms that The Beat broadcasts on every Friday at 2pm on the air locally 103.7 FM and of course, as the show happens on the air, you can also hear it on 103.7's website and through their Facebook page where you can also catch a video feed of the guests and topics.  It's been any number of discussion points so far, with guests like Ann Meisch, City Clerk in Muskegon, to DJ Hilson our county prosecutor...reverends discussion church and politics and more.  There are more guests booked and more shows to come, so if this is what your craving locally, there's no one better talking about it than G-Man!

I bumped into my longtime friend at Scott Meat's last week while we were out giving the Census it's final push and, quite honestly, had to apologize for not extending the invite sooner, but we got it done, and while G-Man's audio is just a little low, his insights and thoughts are important, so have a listen.

Greg's passion for our community goes far back past his broadcast days.  His career spent as a fire fighter and his out pouring of commitment to Muskegon over the years are hard to top.  He's led by example and he brings some wisdom, common sense and a local approach to the topics of our time so please, give him a listen and be engaged with what's happening.  G-Man is a solid advocate for truthful thought and what's right for everyone and we're very thankful he found a few minutes to talk with us today.  To find 103.7 The Beat online, Click on their logo below!  Greg's show is Friday at 2p Eastern time . 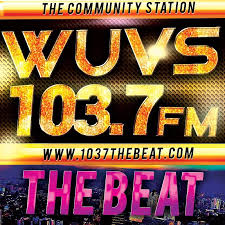