Life has a funny way of dropping people in your lap when you least expect it.  A week ago, we took off down to The Barney Maffett Place in Muskegon Heights to show you Kaja Hunters home for her Overcoming Barriers work that helps those with some special needs live life as independently as possible.  She's also turned the other half of this remarkable old neighborhood grocery store into a meet up spot and delicious coffee shop that is run on a donation based approach to paying.  There's a small minimum, but if that's all you can afford, that's all you'll pay for premium coffee in a setting that's as charming and resource filled as any major chain place.

Well, just like we met Kaja, at Soul Filled Eatery by chance, Kaja said "You outta meet Jeff here, He's got a story to tell".  Does he ever.  Jeff is care coordinator for Overcoming Barriers.  Jeff could easily be a resident of Overcoming Barriers as he is a stroke survivor.  Jeff work up one day with a headache.  The "headache" graduated well past anything reasonable and he was off to the hospital.  Not only was it a stroke, he had bleeding on the brain in both the front and the back and the highest blood pressure anyone at the hospital had ever seen.  9 days in ICU will make you stop and take great stock in your life.  3 days in the hospital for anything should make you stop and think about things or even half an hour getting stitched up in and ER over something might give you pause to think about what got you there.  For Jeff, it was the time he needed to find his purpose and what a purpose it's become. 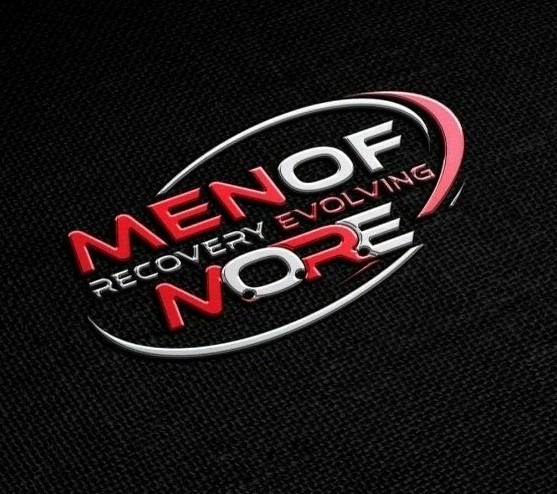 While Jeff works at Overcoming Barriers, he also works with men to heal.  Trauma enters our lives in a multitude of ways.  It could be physical, it could be emotional, it might even be a combination of the two.  One thing is for sure, when trauma enters our life, especially men....we tend to bury it.  We tend to let it fester and brew and over time, that trauma left unattended can lead to so much more damage that it was originally that the level of toxic in our life becomes unbearable.  Jeff is working to establish a men's group where these kinds of traumatic experiences can be discussed openly without fear of ridicule or  shame.  Men of Recovery and Sincere Solutions were born and the steps were in place for that "safe space" that everyone needs.  Yes, there's no shame in admitting that a safe space is needed.  But the story gets a little deeper.

As we talk, so much common ground is found.  Jeff and I are both suicide attempt survivors.  We both survived bullying.  We both survived other unspeakable things all our lives and until we were ready to be open and free about all of them, we were isolated in our own minds thinking that somehow we were alone in all of this.  Expression was difficult.  Thinking that someone understood was impossible.  Admitting that we were fragile at times was shamed and then the deep deep stuff hits.  We're not the same color, we're not of the same background we'd never even have known each other had it not been for the chance happening of being at the same place at the same time.  Essentially, we are the same person with a few different dings that got us to where we are now and we both work to help others pull themselves up out of the mud.  I walked away from this conversation deep in prayer....grateful for this identical stranger and I crossing paths.  Take a listen to Jeff's story.

Maybe it's the grey on our faces or maybe it's that we've both had to scrape our way up out of the muck a couple times, but I'm here to tell you, meeting Jeff that day was no mistake.  His is a powerful story filled with truth, belief and willingness to let go of all that had built up on him over time and realize that life truly is a miracle and it's up to all of us to take better care of ourselves and one another.  I was super proud to share stories with Jeff and I hope that with this, someone sees that it's ok for men to communicate.  It's ok to have different but equally painful experiences that should not be given free rent in your head and I hope more than anything that if you struggle like Jeff or I did with anything, you find your safe spot to begin healing.  It really is a miracle this thing called life.  You only get one chance at it too.  Don't be held captive by what's in your head or what limits you otherwise.