Muskegon is a place where we can learn a lot.  One of the things we can learn about is a subject that not everyone is all excited about and some, are not even aware of.  Muskegon has a long history with incarceration.  There has been a generational effect on our population with people going to jail and the disruption that comes with that occurrence with the other parts of the family that might be forgotten when the gavel comes down.  There's not really a thought here about shirking responsibility for actions, let's face it...if you're doing the crime, there's responsibility attached, but the collateral damage that can happen over a repeating cycle is something that's an on going, and ever increasing thought world wide.

If a parent goes to jail, it breaks up the family unit and quite often leads to a cycle that continues to spin out of control through more than one generation.  On the ground here in Muskegon we've got groups like the Fresh Coast Alliance working to stop recidivism and address breaking that repeating pattern.  Recidivism is the term used to define the cycle of going back to jail or prison over and over because the tools needed to make effective life change once released are not there.  Be it that generational influence that's missing from parents incarcerated or people returning to their old stomping grounds and finding their ways back to what didn't work before.  It's a big, big problem and an entire industry of private prisons has sparked up around it.  Profit is made in some places by how many are locked up, for any circumstances.  Getting out of that cycle is almost impossible for some. 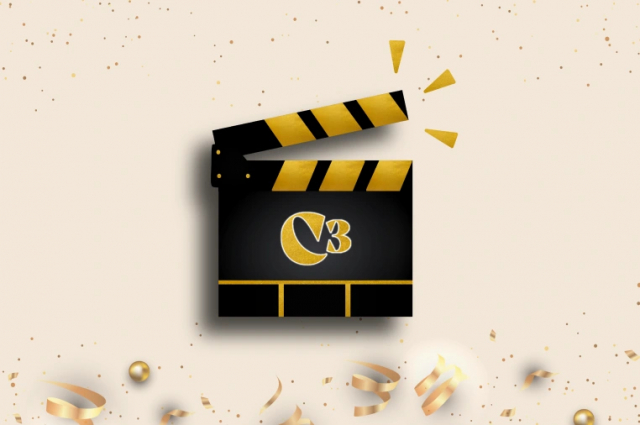 Donate to the Film Project

Awareness is what is hoped will come as Cinergy3 is setting up to begin filming in Muskegon.  They are Muskegon native women who met in film school.  Ari Jacobs, Shelinda Knight Davenport and Alyiah Mitchell could be taking on things like making commercials for people or trying to be the next YouTube sensation.  Instead, they are far more inspired to use their talents to share the stories of so many, right here in our community that have been directly effected by this cycle or repetitive incarceration.  It's something that we can continue to bury our heads in the sand over, or it's something we can take a realistic look at and see if there are other answers that might help stop the cycle of the insane behavior of this kind of trauma breaking up so many families.

These three film makers have some incredible plans on how they are going to be telling this story here in Muskegon.  It's not going to be a finger pointing portrayal I am told at all, but rather a way to show real people and the effects of a generation or two who have had elements missing as they have grown up.  Take a listen.

It's a deep discussion.  It's a problem on more than one level.  It's also something that we have seen here locally for a while now and it's led to some of the issues we face today.  Is it easy to talk about?  No, it's not.  It's it a way to make crime "permissible" absolutely not.  It is a step toward a better understanding of what has worked and what has not and what the consequences have been from the 1000 foot view as opposed to the easy answer of "Lock 'em up" and being done with it.  Stay tuned to learn more as filming progresses and then the premiere of "Road to Life" makes it's way here and then on to a world stage.  Our thanks to the team at Cinergy3 for joining us today.