At the end of April, we introduced you to Traci Schuitema who was just setting out to try and put on her first benefit for a son of a friend who's got a pretty rare form of cancer.  No one wants to see a 14 year old sick.  No one wants to see a family worry and no one in Muskegon sits around and does nothing about it.  Traci was just getting ramped up and as we promised back in April, we'd be back for a follow up a little closer to the benefit.

It's for a young man named Colin Kerstein.  Colin has Adamantinoma.  They are rare tumors, which most often affect teenage boys and young men, usually occur after bones stop growing and require aggressive treatment. While there is no known cause, patients with adamantinoma have usually sustained trauma to the affected area.  It was found when he was injured and as any nightmare would play out, so began the Kerstein family's.  With family comes friends and in the case of Traci being the friend, from the looks of things, she's got some friends behind her and we're about to see Muskegon do what it does best and that's make some serious magic happen on June 4th. 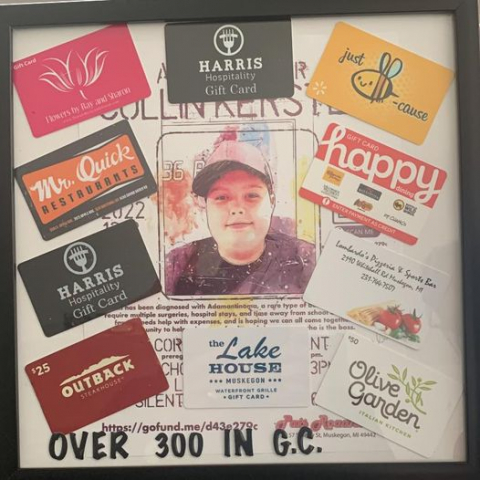 Go Fund Me for Colin

The gathering takes place at Pat's Roadhouse and the setting is PERFECT with the giant outdoor patio and the welcoming atmosphere.  The work that's gon into the benefot part has been immense.  Donations of handmade goods as well as itmes from business.  Gift cards, raffle items, silent and live auctions happening and chances to help benefit in any number of ways.  A giant pig roast with all the sides will only cost ya $10 a plate and you are not about to walk away hungry.  Live music gets under way at 3 with Witchcraft Lemonade.  There will be games to play, cold ones to drink and even a chance to meet the roack star himself.  The plan is to bring Colin out for a little of the day so he can see a community coming togehter behind him.  By far and away, this is shaping up to be one of the largest and most exciting first time events happening.  As we've had a front row seat for an event or two over the years and watching them grow....not a bad view.

Traci reached back out and said "I'm ready for that follow up" so back to Pat's we went and as June 4th gets closer, let's get you updated on what's to come so YOU can save the date and stop on in!

June 4th. What's to love most about this?  It's that moment that one preson decides that it's time that what they can do will matter.  In the case of Traci Schuitema and the benefit for Colin, it's picking up steam quick.  We are incredibly fortunate to live in a community that's more often than not had to take care of it's own just like this.  It's a small contribution form so many....which is started by that ONE person who decides to go all in and give it a shot and if they raise $5 or $50,000 it's beside the point.  Sure, the $50k would be great....but the bootstraps, the bootstraps that were grabbed and the idea of "if it's to be, it's up to me" is exemplified by 1 more person this time and it's Traci.  Next time, it will be someone who learned from her example.  It's a repeat cycle like this that enriches us all and in the case of Colin Kerstein, shows one kid and family that we're all behind him, because someone led the way!  Learn more about what's going on with the FACEBOOK EVENT or you can click on the photo below. 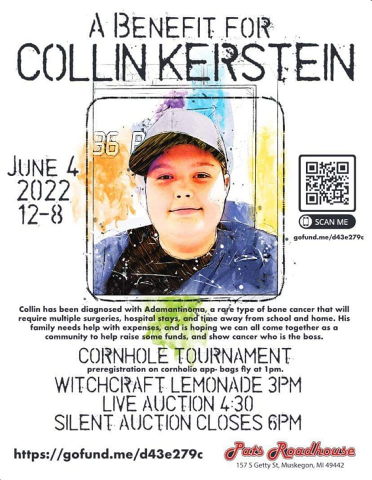