On August 6th the grand affair happened.  As the cake was arriving and the last of the "come and get it" yard sale stuff was in the parking lot of the old YMCA building on Muskegon Lake...there was a sense of quiet, calm and readiness for the coming work to be done as just about anything that can turn dirt was sitting just off camera or, as a back drop.  The Boys and Girls Club of the Muskegon Lakeshore was going dark for a while and the drive, the work and the hopes and dreams of all of those who began the project years ago in the basement of a school were about to begin to unfold.

Monica Turnbull was recently named the new Executive Director of the Boys and Girls Club of the Muskegon Lakeshore.  She was kind enough to make some time for me ahead of the crowds coming due to a scheduling conflict I had.  Take a listen into all that it's taken to get to groundbreaking day.

If you've not been here since the beginning, let's go back a minute.  From their website - "Boys & Girls Club of the Muskegon Lakeshore (BGCML) was founded in 2014 by a group of community members dedicated to addressing the need for high-quality out-of-school time programming in Muskegon County. This team, which became the founding board of directors, developed a campaign to raise the seed money necessary to open a Club. In January 2015, they hired their first team member to open the doors of the first Boys & Girls Club in Muskegon. BGCML opened these doors in Nelson Elementary School to its first 30 members on April 20th, 2015. By the end of 2015, the Club’s membership reached over 300. Within that year, the Club served over 7,000 meals and set operating hours Monday-Friday from 3:00-7:30 pm, to be open when youth needed it most."

Today, one number alone can tell you the impact and reach that the BGCML has had.  7,000 meals in 2015 had become 50,000 by 2018.  It's a staggering figure to realize the need and work that's going in to the future of our community.  The assistance on food.  The help on life direction.  The respite from the things on the streets that are tempting good kids into a life of instant gratification and the risks that come along with the "quick fix".  The mentorship taking place, the leisure activities and just the chance to belong.  Kids today might just think of it as a hangout, but the reality is that there will come a day when they realize that it was the generation ahead of them that invested in their future and believed in them that made them who they are.  We truly had to go back to the very roots of our community for lasting and long term change.  It's happening daily at the BGCML and in other places that you see more often.

If you can help, please do.  The CAPITAL CAMPAIGN has had some grand donors and their large contributions are truly incredible to see.  It's not the size of the donation however.  Some people can't give a penny, and that's ok.  It could be a gift of time.  It might be a gift of spreading the message.  Maybe it's a gift of a few bucks or even what you could spare.  It all leads to belief.  It's in that belief in all of us...and of our generations to come that will be the foundation built upon for the next 100 years of Muskegon. 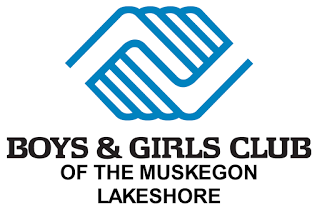 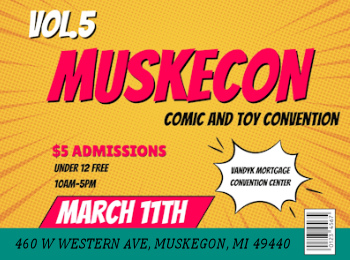