Have you ever looked at your skincare and wondered how it's made? Have you ever looked on the back of the products that you use every day, try to read the ingredient list and have no idea what you are reading? Soap Dudes Cosmetics is a local homegrown company that provides organic skin care products.  The cosmetics or skin care that you receive from Soap Dudes Cosmetics are “mostly Vegan”, Organic and without the harsh chemicals seen on the shelfs today.

Today I was able to catch up with Josh the owner of Soap Dudes Cosmetics at Kitchen 242. Before Josh showed me the process that he uses when he makes Soap, he shared the idea behind starting his business. Josh got the idea just after 2015 right after he got out of college. You remember when you were young, just starting out and wanting to save as much money as you can. This was exactly Josh’s thought. Josh wanted to figure out how to make a large batch of laundry detergent. Josh shares that the first step to making laundry soap is to make a bar of soap. So that’s just what he did. After the first bar of soap he wanted to see what others thought of his new product so he gave one to his neighbor, his girlfriend and his brother. The all unanimously loved it and told him that he needed to start selling them. Josh loved the process of making the soap so much he made 50 different kids. He kept notes on each one, the ingredients in each bar and what people thought about each bar. From this Soap Dudes Cosmetics was born.

Today Josh shows me the process that he uses to make olive oil soap that has colloidal oatmeal with lemon grass fennel. We first got started with all of the ingredients measured and set out for us.
We used Essential oils for the fragrance, Colloidal oatmeal, heated lye and sea oils. In the pot of base oils we add the essential oils, colloidal oatmeal and the Shea oils. We mixed them up with a submersion blender. Next up into the pot was the heated lye. Now we have to mix the pot to a consistency called trace*. After the soap reaches the consistency of trace. We pour the mixture in a mold which then gets covered with a piece of parchment paper and insulated. When it hits that “sweet” spot in the gel phase.  Josh will then take it out and cut it into the soap blocks. These blocks are then taken to a temperature-controlled area where they will sit for about the next six weeks. After the six weeks the soap is taken out packaged and set on the shelves for you to purchase.

Not only is Josh the Soap Dude he also has a culinary background. He uses this background to feed the community. Josh’s brother had the idea to bring food to the masses and asked Josh to help. He knew right away that he was in. The men normally have about 100 plates of food but only see around 50 people come through. They want you to know that you can come no matter what your economic standing is. You are invited to come out, share a plate and your story while you make new friends and get to know your neighbors. To find out when and where the next meal location will be you can go to the Soap Dudes on Facebook. Look at their event page and find all the events they are hosting.

*Trace is a point in the process when the oils and lye have emulsified. The soap will continue to thicken over a period of time. 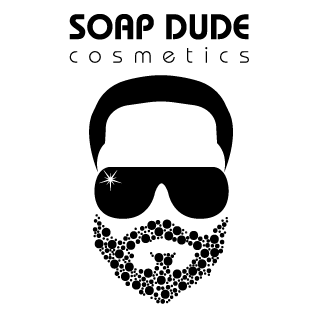