It's a time in the history of modern man that cannot be forgotten.  It's also a time that many who lived through are no longer going to be able to tell the experience of.  The Holocaust of World War 2 and the genocide of the Jewish people in under the Third Reich is a part of our existence that was so horrific there are some to this day that deny it.  There are some to this day too, who surprisingly are not afraid of the mindset that led to the death of 6 million people.

Irene Miller lived through the concentration camps where people were held by the Nazi's.  From her memoir - " You will sleep in the winter under an open sky on no man’s land; you will freeze in a Siberian labor camp where the bears come to your door front. In Uzbekistan, you will live on boiled grass or broiled onions, and shiver with malaria. You will spend years in orphanages. When this is over you will wonder how a child with this background grows up to become a positive, creative, accomplished woman with a joy of living and love to share."  All this from a little girl at the time who's entire future lay before her and was exposed to a level of trauma that not many have seen since.  A level of trauma that could destroy anyone, but the message Irene carries is one that is a little different.

All of that pain could understandably crush anyone, but Irene carries a message of hope.  She brings joy and a love of life to those who come to hear her and with the passing of time....those chances are running short.  Even the youngest of those who were in the internment camps are approaching very fragile ages.  We are losing walking history books and wisdom beyond what can be taught in any university at a rapid pace and to hear what is said by those who have experienced life at the most hurtful levels is generational knowledge that can't be lost.

Irene Miller will be speaking at the Muskegon High School on January 26th.  It's a free event for anyone to attend and it's not going to be recorded or streamed.  Irene is being brought in by the Hackley Public Library to share her story and it's an event that we almost missed.  She was originally scheduled a couple of years ago, and the pandemic kept the event from happening.  Irene actually reached out to the Library to see about making it happen again, and low and behold....it's back on.  Mallory Metzger joins today to talk about this talk, and while we're at it....catches us up on some other great things the Hackley Public Library has coming up.  Take a listen.

Is it one of the overly positive things we like to share most of the time? It's a stretch on that.  But, this is essential information that human history cannot forget.  We all know about history repeating itself.  We know too, that somewhere even today...people are living under oppression and as a species, understanding what that means is a part of our quest to become better so that evolution can continue and we can all truly live free.  We're thankful to the Hackley Public Library for the chance to share the story of Irene Miller coming to speak to Muskegon.  Please don't miss the chance.  CLICK HERE FOR EVENT DETAILS 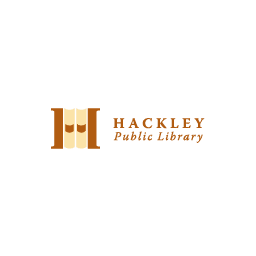