In Muskegon, if someone sees a need, generally it gets filled.  We're fortunate enough to have people passionate about pretty much everything...and you know, there are plenty of people here passionate about motorcycles!  Ya...we've got a vibrant and active biker community and they do a LOT for local charity and causes.

Everything from cancer centers to kids benefit from the work bikers do and the events they put on.  We draw huge groups of tourists, we get top named entertainment.  We grab the spotlight on television we see glamour bikes, celebrity appearances, dare devils and more.  If you have not stopped and looked lately, bikers have been a huge part of making Muskegon go!

At the end of the day though, it's a genuine willingness to help a cause and use their collective skills to accomplish something that matters.  Last year, an issue popped up that put the Muskegon County Sheriff's Motor Patrol Unit in jeopardy and once again, it was bikers to the rescue.  The Motor Patrol is the biker division of the Sheriff's office.  They use their bikes to escort parades, motorcades and manage traffic in places.  They also use the low profile of the motorcycles to patrol for speeders and make sure everyone is following the rules.  The funding for the Motor Patrol isn't in the budget so it has to come from donors, and that's where the bikers come in.

John Fredrick and Scott Smith caught wind of the possible closure and decided to take action.  A quick call to Lt. Shane Brown and the "wheels" were in motion and The Community Run was born.  As an added bonus, No More Sidelines was a partner beneficiary in the endeavor, which gave the run a place to call home and a chance for No More Sidelines to show off their beautiful Folkert Community Hub to an entire new group of people.

Year two will see a bigger event.  It's happening June 24th at the Folkert Community Hub located at 640 Seminole Road in Muskegon.  There will be the poker run, a car and bike show, an awesome stunt show, plenty of vendors on hand a silent auction and plenty for kids to do.  You don't have to feel restricted to a motorcycle to be on the run either!  Take your car, van, pick up truck...whatever...at No More Sidelines...everyone gets to play!

I met up with John and Scott along with Lt. Shane Brown and Sheriff Mike Poulin at the Muskegon County Emergency Command Center to talk about this years event, take a listen to the details below.

An amazing endeavor...a fantastic partnership and more proof that Muskegon finds a way to fill a hole and have a good time doing it!  Be a part of the Community Run June 24th in whatever you like.  Take your motor home if you want!  It's all for a great cause, or two in this case...and you'll be glad you did. 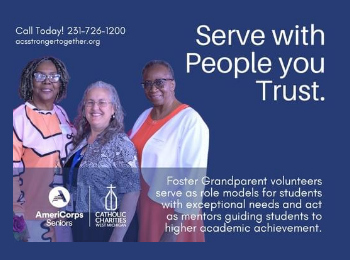 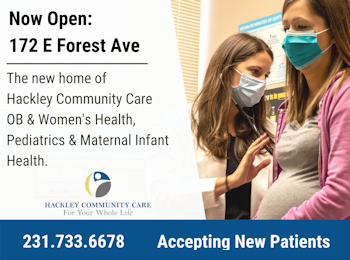