Lakeshore Art Festival was held in Downtown Muskegon July 6th & 7th 2018. Out of the 350 fine art and craft exhibitor booths, about half of those were local artists and the rest were from all over the country. The festival is completed with street performers, live entertainments, activities such as chalk the walk and food vendors. The emerging authors tent and the kayak sculpture project were among the several special features for this year. 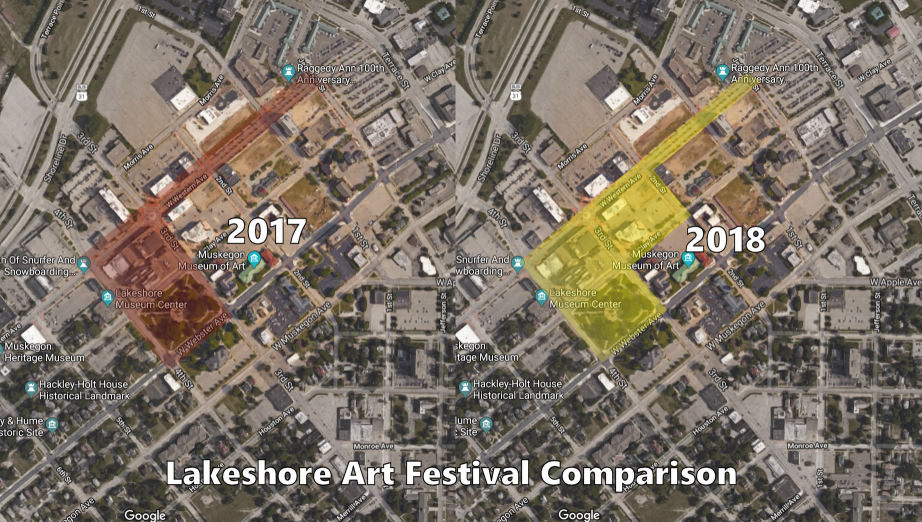 This year the Lakeshore Art Festival was expanded by two streets in comparison to last year's, they expanded into to Clay Avenue between Second and Third streets and Second Street between Clay and West Western avenues. This year's festival also coincided with the docking of the cruise ship Peal Mist at Heritage Landing, which boosted the number of visitors to the festival at the welcoming and beautiful downtown Muskegon.

Take a look at this year's festival