A few years ago, I was scrolling across Facebook and I saw a group of friends up to some shenanigans, I know...surprise...right?  Well, this particular group of people was working on a podcast and they were calling themselves the "COJ"  The Circle of Jerks.  The went out of their way to be cut up's.  The joked about all things Muskegon, they hammered on each other pretty hard and they really pushed the envelope when it came to subject matter.  Hey, it's the internet and it was their thing, so I would watch occasionally but kinda figured it might burn out quick so I didn't think much more about it.  Well, as time went on, that "circle" expanded and contracted some when it came to the original cast and from the podcast thing was born the idea of a Circle of Jerks movie.  Who's to stop anyone from making a movie right?  Well, the COJ movie led to another film project called "You Mad Bro?" and as production was ramping up on that, some one in the group says..."Hey!  You know who would make a great actor to play our dad?  Andy O!!"  Now, here I am appearing in one of their films.  I mean, I kind of see myself as more their age, but I guess since it's the movies we can cast aside any preconceived notions about age. 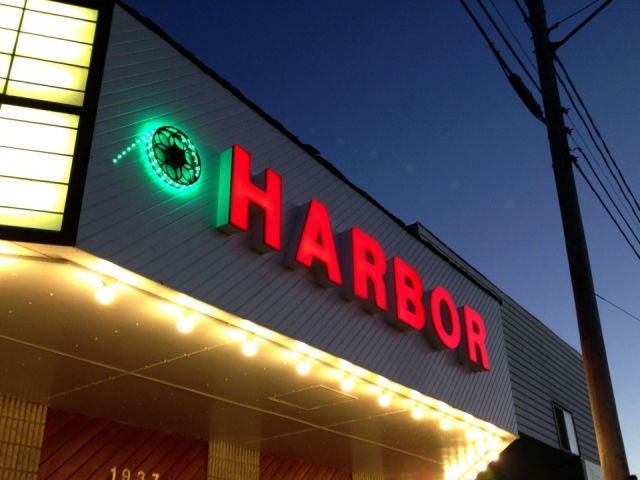 Through the entire process, I have gotten to know Hank Hawkins a little better and to have watched him grow and develop in his art and his continued desire to write, produce and direct films...I gotta admit...it's pretty contagious.  He's gone from the podcast idea to using what he's got at hand for equipment as well as who he's got at hand for acting to work on projects from inspiration to completion and to be honest, he's kind of mirrored me along the way.  Like we've grown things from the one GoPro we had to start Positively Muskegon with to the truck load of equipment it takes to run what we've got now, Hank and company have upgraded bit by bit, learned by mistakes, reinvested in what they do and worked to grow an audience with both live and recorded events here in town.  All this while maintaining a full time job and being a parent to a 15 year old daughter.  It's one of those growth stories in Muskegon you might not hear about anywhere else.

The production company he's founded is called Red Chunk Productions and their latest film will make it's debut at the Harbor Cinema on October 13th.  "LDR" is short for "Long Distance Relationship" and it's a story of how people try to make things work today with relationships in the middle of all of the technology and social media we are immersed in.  I was able to catch up with Hank and Kyle at Harbor Cinema to talk about the history of their company as well as the premiere coming up, take a listen to our chat below.

Details and tickets are not on Harbor Cinema's page just yet, but keep an eye out for it and buy yourself a ticket!!  You know....I applaud these guys and their efforts.  From the concept to writing and producing and all that entails making a motion picture, they are grinding it out.  It was a fun experience to be in one of their films and as they work on more, we'll keep you up to date on what's next and where you can see it.  It's small films like "LDR" that quite often get picked up by bigger movie production companies and then make their way out to Hollywood, so...I guess we keep our fingers crossed for Hank, Kyle and the rest of the crew at Red Chunk Productions.  Who Knows, maybe someday there will be an "actors colony walk" for the work Hank and friends are doing.  To visit Red Chunk Productions on Facebook, click on their image below, follow along for up to the minute productions, casting calls and more!