It's crazy how people get dropped into your life.  A while ago, I got a call asking if I would be willing to emcee an event for a group of young ice skaters.  I kinda don't mind helping out kids endeavors so I agreed and it really opened my world up to an entirely new community of people.  The skaters ranged from maybe 5-18 or so and their performances were fantastic.

One of the older skaters, named Anna asked me the night before if I would just make up something "random and stupid" about her when I made her introduction, it didn't even have to be true.  Ok, she wanted funny, I got that.  But, as time went on I also found out it was Anna's last time skating in the clubs Christmas show and that she'd be moving on after that.  I watched Anna interact with the younger skaters and how she made sure they were involved, included and all felt that they had a friend and mentor.  She was an amazing example to all the kids, and when it came time for her intro, I took it upon myself to forego the random stupidity and I chose to elevate her and point out just how awesome of a young woman she is and for her to soak up the love she so clearly paid forward in her last holiday performance.  The crowd was hers.  She skated like a dream, she blushed a little at being singled out....but where did she get the ability to help the youngin's like she did?  Turns out, it was a case of the apple not falling far from the tree. 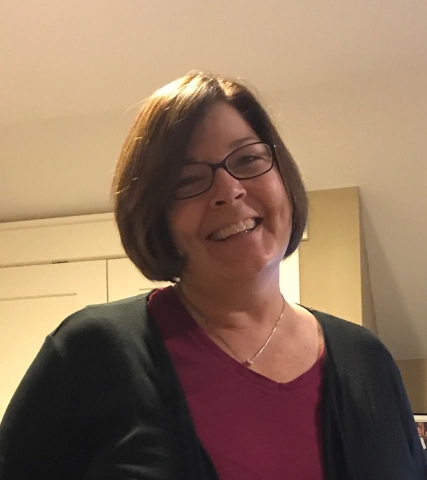 Teresa Heger is the mom of this ice skating dynamo.  Teresa started off in the working world helping to fix process' in companies, but found in no short order that fixing a process was really only successful if a change came within the people applying the process.  She found a calling more and more to learn what it took to help people adapt to change, to bring out the best in themselves and to overcome the obstacles that somehow, someway seem to get built in their minds that seem to hold them from making it to the next level.  It's a field called "Coaching".  It's not really a new endeavor.  Top executives have been using coaching for a long time.  It's a matter of changing perceptions and perspectives. How to effectively change the way you see the world and the results you expect from it.  The lasting message is coaching changes lives.  Teresa also explains how she's feeling a very deep calling to get involved in Muskegon as we are evolving and growing.  She too had a perception of Muskegon at one point, and with a different viewpoint, that changed too.

I met up with Teresa Heger to learn a little more.  I also played devils advocate a little.  After all, like anything that's "new" to some there are a lot of questions that come along with it.  The Coffee Factory in Muskegon is our backdrop and Teresa explains what she does and why, and how it helps!  Take a listen.

Hey, a little motivation, a little affirmation and quite a few years of experience of managing people and business reformed into helping people make the maximum of who they are and what they do.  As we talked in the video, it's not really counselling it's more guidance from someone who's been there and is willing to give you the hand you need to get to the next step.  If you'd like to know more, please click on the photo of Teresa above and visit her website.  You may just be able to unlock some potential you didn't know you had with a little help.