A FIRST Robotics Michigan District Competition was hosted at Orchard View High School - Muskegon MI on Saturday. This year's theme is Destination: Deep Space. Dozens of teams from all over Michigan were there for the two day competition. At the end it was down to two teams (alliance) from a total of six high schools competing against each other. Team Red consisted of 6090 Wildcats - Wayland, 3572 Wavelengths - Norton Shores and 6097 Bobcats from Brethren. Team Blue consisted of  3546 Buc'n'Gears - Grand Haven, 4004 M.A.R.S. Rover - Muskegon and 3468 Code Blue of Holland. Team Blue won the Final 2-1. Here we've complied the final matches for you cut directly from our live broadcast.

Stay tune for a Full length special feature of this event coming in the near future. 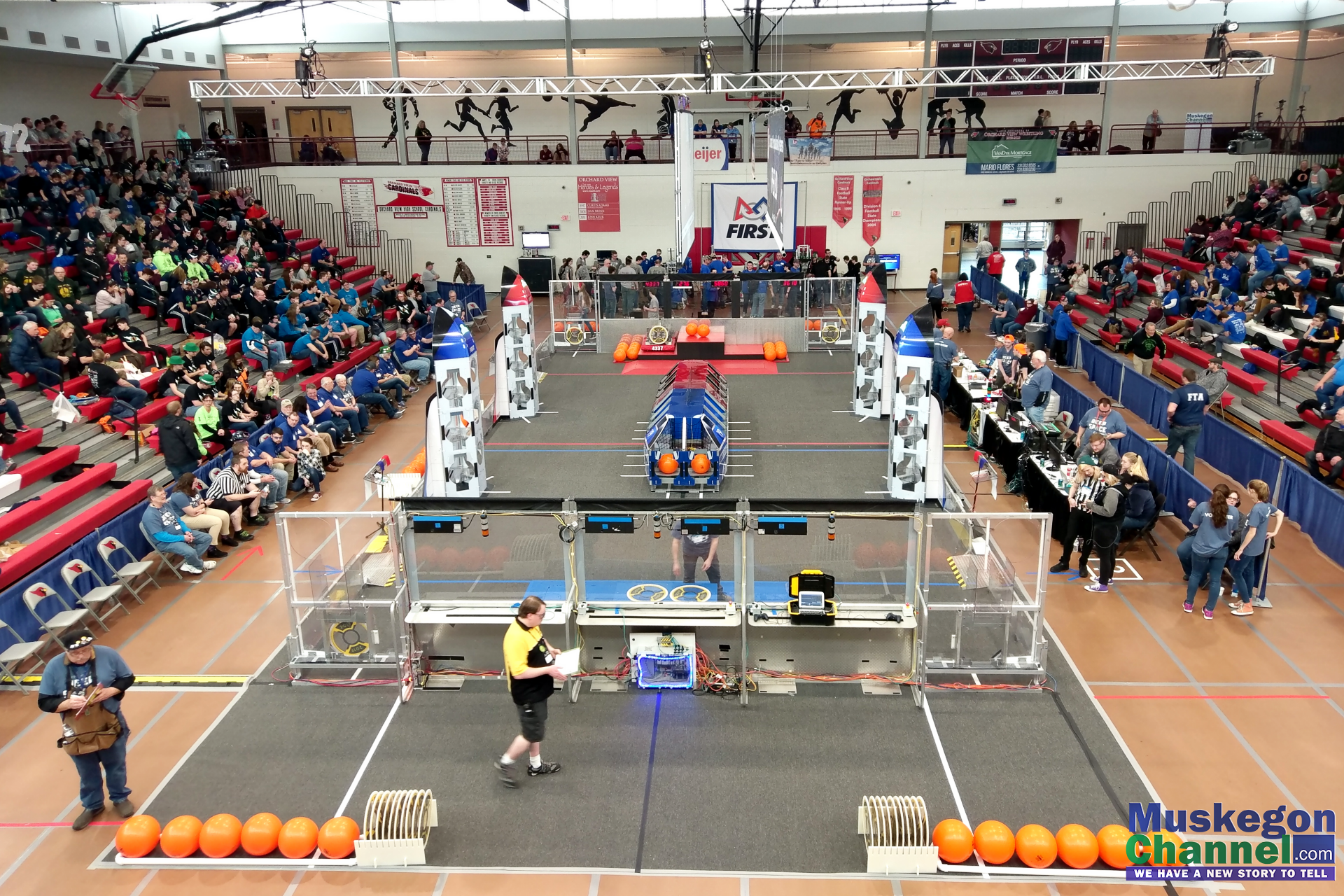