May 8th 2019 marked what will hopefully be a truly pivotal moment in the history of Muskegon as community leaders and stake holders all gathered on 4th Street just outside the newly renovated LC Walker arena for the ceremonial ground breaking of the convention center that is to be built and operational by 2021.  When complete, Downtown will have a whole new look.  Imagine the Holiday Inn, soon to be a Marriott, connected to the 20,000 square foot convention center with an additional 10,000 square feet of space for break out meeting areas, connected to the LC Walker Arena all with a tip of the cap to our rich history in Muskegon and an expansive view of Muskegon Lake.  Where we were once known for our amazing Summertime tourism, now, with a facility like what's to come, we can bring in visitors year round to enjoy all of Downtown Muskegon and the rest of the area.

Visit the City of Muskegon OnlineLot's of dignitaries and developers spoke and gave the statistics to the value this development will bring to Muskegon.  It's a staggering set of numbers that will impact our local economy for years to come.  There were also plenty of onlookers who wanted to be there for the moment, some of which have been part of Muskegon since before even the LC Walker Arena was there and some...as new as only here for a year or so as they have found the message of "Watch Us Go" to resonate and they decided too that Muskegon was the place for them.  One thing is for sure... there is momentum, and it really feels like it's on our side.

We know not everyone can drop everything and be a part of a ceremony like this, so, we decided to bring the presentation to you.  Take a listen to what was said this morning on the soon to be gone 4th Street.  You'll hear from Bob Lukens of Visit Muskegon, Muskegon Mayor Steve Gawron, Tom Schultz of The Muskegon Lakeshore Chamber of Commerce and John Rooks from Parkland Properties.

You may have noticed, behind the speakers as well as around the whole event there were signs being held up saying "Local Jobs for Local Workers".  This was an organized demonstration of our area union workers who are equally eager to see the Downtown Convention Center get underway and they were there today to peacefully voice their thoughts with those involved with the construction and development of the entire project that Muskegon has a very qualified and skilled workforce and they are ready to be a part of this project and more.  It's a lot of community pride that's being built in the heart of our city and it's pretty natural for those who can apply their trade to such an endeavor to want to be a part of it.  As the groundbreaking ceremony concluded, local union leader Ryan Bennett went over to some of the contractors on site, shook hands and simply reminded them that our work force is ready, willing and capable to be a part of this great new era in downtown, and from there, we caught up with Ryan at the CIO hall to hear a little more.  Take a listen.

It was a great day and everyone had a chance to be heard.  There were no shouting matches... there were no angry faces.  We made steps in the right direction for the City, County and those who hope to help build the Convention Center.  We'll all watch and see the progress over the next couple years.  From our perspective, we will do all we can to get in there and show you the progress from time to time and then and again.  If you've been here to see it all since the mall came down like most... it sure feels like a time of great renewal.  Watch ALL of Us Go! 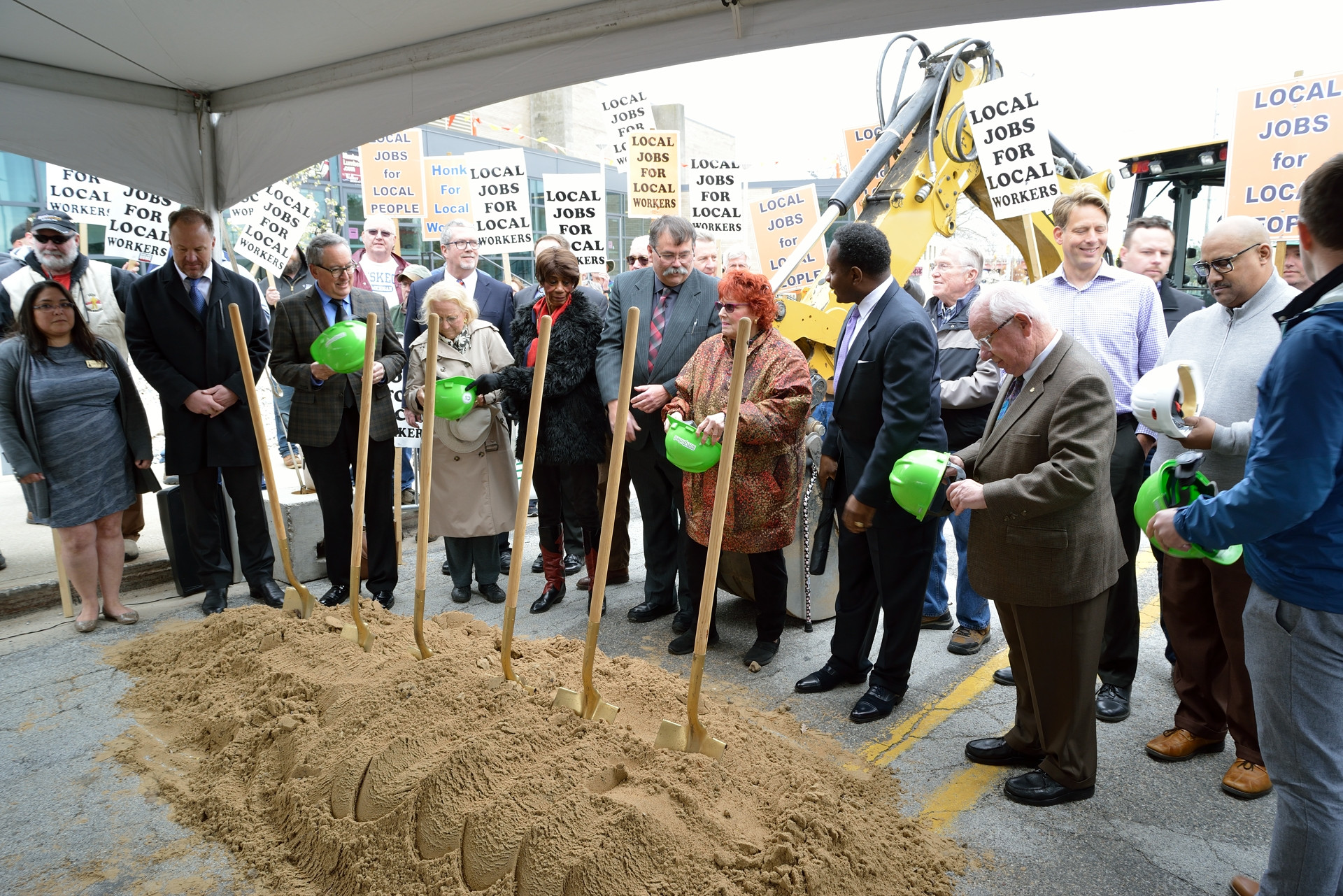 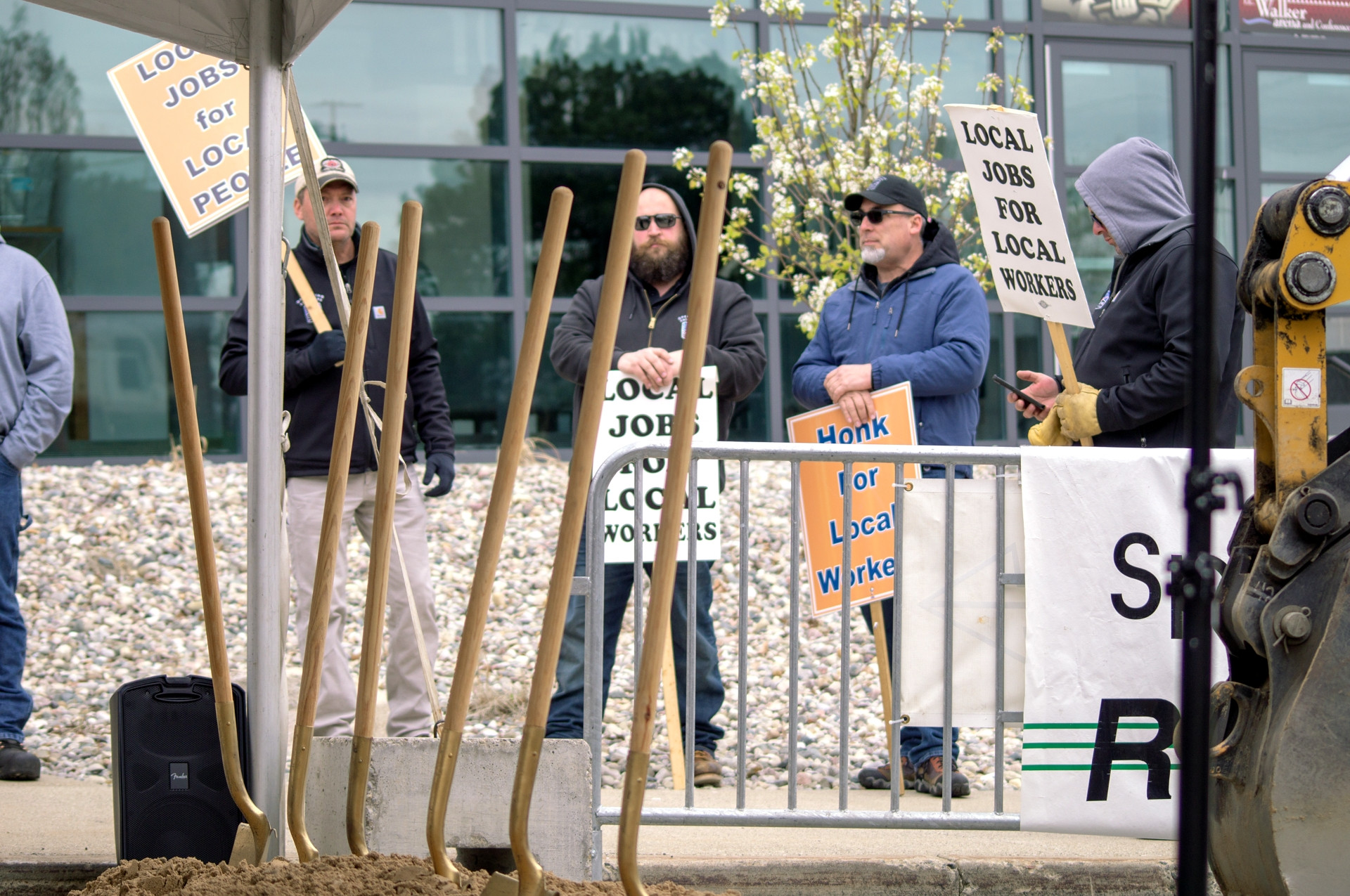 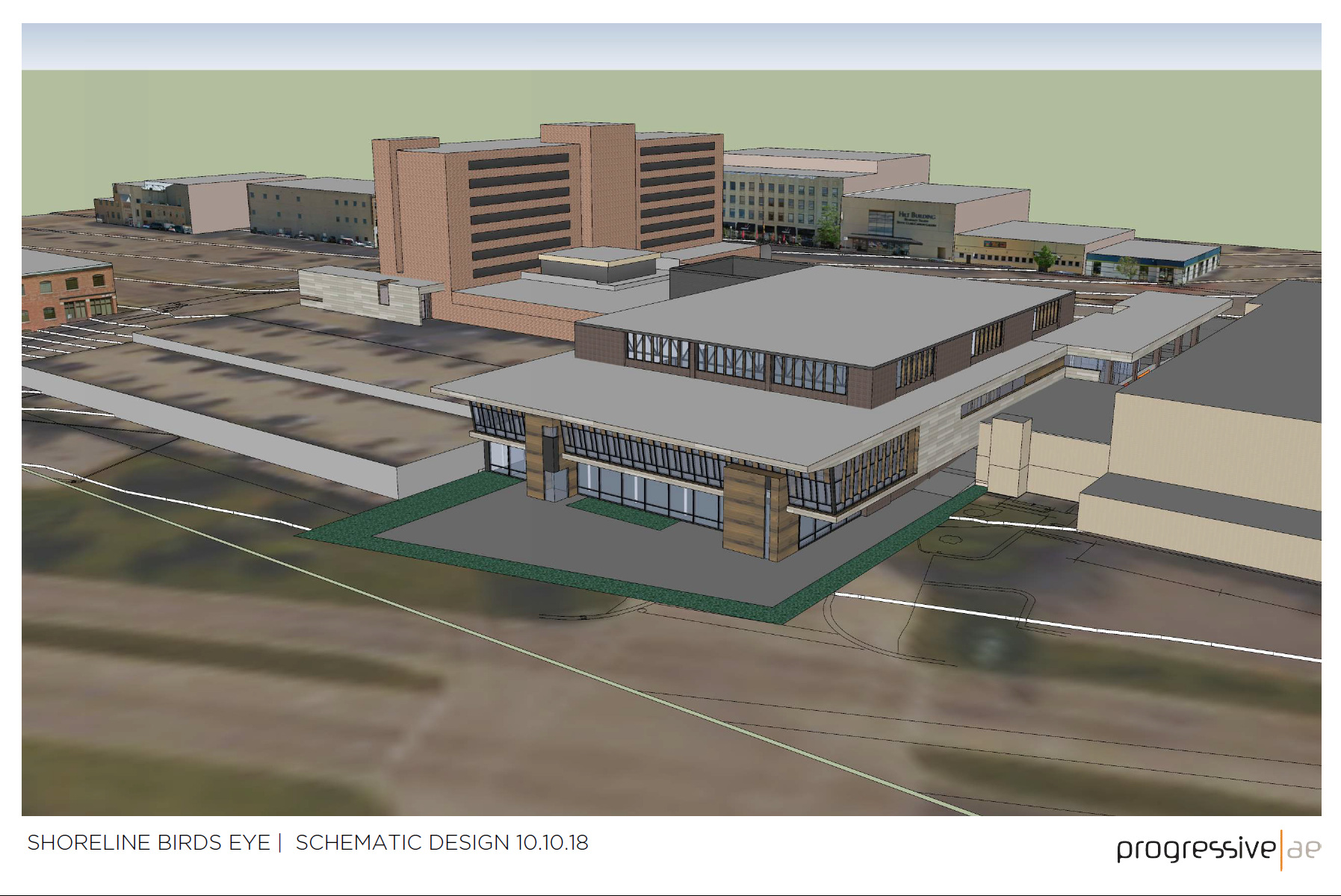