There's a long road ahead for the beginnings of a new hockey team, league, concept and venue in Muskegon....but like we've seen in Muskegon more than once, sometimes when the odds seem stacked against something, Muskegon is the perfect spot to put down a couple of seeds, tend them properly and watch them grow.  Everyone in and around this new venture that should be getting off the ground this Fall in Muskegon is working to have that recipe for success repeat itself and if it does, well, it would be a great addition to the storied sports history we have and add another chapter to what we have happening now! 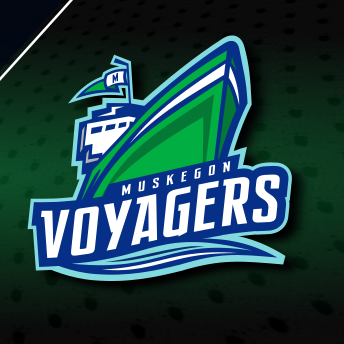 The brewing got under was a couple of years ago actually.  It was the initial talks for the new "I.H.L" the Interstate Hockey League which was being formed to give players post college a chance to keep playing and maintain their skills.  It was also a dream to be able to give hockey fans another league to follow at their local arena's that might not have had a team for a while.  Places like Holland, Lansing, Fraser and Port Huron.  Sure, Muskegon makes the list too but we've been "Hockey Town West" since the beginning of time so it's only natural to have a single A pro team want to play here.

Right now...try out camps have happened.  We've also gotten to the point where the team, and league is looking for some sponsorship's.  They are also just starting to get the word out about the team, arena and how they hope to fold into Muskegon's sports scene.  I met up with Muskegon Voyagers General Manager Alex Hoffman to learn a little more about how it's all coming together at Lakeshore Sports Center, which will serve as home ice for the Muskegon Voyagers, take a listen.

A big endeavor, with humble beginnings...just the kind of thing we like to cover!  Alex and his team are going to be working their tails off to launch this and like we've seen time and time again in Muskegon...it's that grit...that drive and determination that makes us who we are.  We shall see.  Best of luck to the Voyagers on getting yet another offering to Muskegon's avid sports fans up and off the ground.  We've got it all.  Football, basketball, hockey, soccer, auto racing, figure skating and of course high school athletics that can't be matched!  It's a great time to be a Muskegon sports fan!  Click on the photo below to visit the Muskegon Voyagers website!