The Muskegon Voyagers are really getting things ramped up for the 2021 season at the Lakeshore Sports Center.  It's the return of professional hockey to Muskegon and continuing on the legacy of the game on the mic for the team will be none other than Terry Ficorelli.

Terry is coming up on 4000 games of professional hockey called under his belt.  It's been not only his life's work, it's engrained in to him from so many aspects.  From the relationships he's built with the players and teams over the years to the rich understanding he has of the game and history of it, Terry is a walking encyclopedia of hockey and as he mentioned in our story a week or so ago when we introduced him as the play by play announcer for the Muskegon Voyagers, "All roads keep leading back to Muskegon" for Terry.  We're lucky to have him.

The games will be seen live, as well as on demand in replays on The Muskegon Channel.  We know it's a much shortened season for the Voyagers but, like anything with the pandemic, making do with what's there and what we can provide, well, that's what we've got.  The key to this year is simple.  Get some exposure for the team.  Get the community to sample a little of the start up league and as things begin to loosen up a little with all things pandemic, well, those who might just not be ready to be in a crowd, well, hopefully we'll add a little local sports entertainment for you.

You'll even get the opportunity to watch us learn and grow as this will be our first foray into live sports.  One thing that we're remarkably thankful for?  The skilled eye of Terry Ficorelli on hand not only for the call, but to help show us the ropes on getting it right.  We couldn't possibly ask for more.

Terry was kind enough to open up the vault a little for us.  That's right, we've got the official bio and some great clips for you to enjoy of games past that Terry has called.  So, follow the links below and enjoy the sounds.  The Muskegon Voyagers kick off their home season at Lakeshore Sports Center on February 27th!!  We'll see you there! 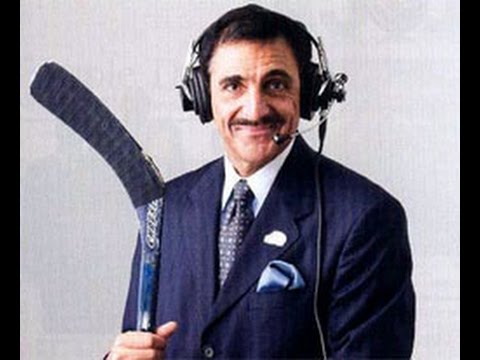 Completing the 2019-2020 hockey season with the Battle Creek Rumble Bees (FPHL), Terry Ficorelli has now become a 40 + year veteran of professional hockey broadcasting. Over the course of his over 40-years spanning some six decades, “Fic” has demonstrated extraordinary endurance and staying power, having called a remarkable 3,803 consecutive games.

Ficorelli actually began his pro career while in college while attending Michigan State University. He would commute from East Lansing to Kalamazoo calling games for the Kalamazoo Wings. In the process, he effectively achieved the distinction of becoming the first ever radio broadcaster in Kalamazoo pro hockey history.

During his extended 11-year tenure with the Wings, “The Fic” was behind the microphone to describe three Wings championships in consecutive fashion as well as being the IHL’s league play-by-play broadcaster for 11-consecutive All-Star Games.

It was on to Baltimore from there as he called all of the action for AHL Skipjacks for four years. During his time with the ‘Jacks,’ “Fic” was a part of the NHL Pittsburgh Penguins’ organization and later the Washington Capitals.

After his stint in Baltimore, Terry moved back closer to his roots of the Midwest, when he touched down in Cincinnati. His impact in the Cincinnati market was instant and immediate. In his five years on the Cincinnati sports scene, Fic earned the prestigious honor of “Best Sports Announcer” in Cincinnati three times. Perhaps, even more impressive is the fact that Terry became the only non-player in the history of the IHL to win the I. John Snider Award for “Outstanding Community Service,” accomplishing the feat during the 1993-1994 season. Once again, he called the play-by-play for five more league All-Star Classics.

Through his 15-year stint in Muskegon, he attained many of his greatest career milestones as “The Voice” of Muskegon Hockey; including his 1000th consecutive Fury broadcast as well as his 2000th and 3000th consecutive overall career game broadcasts.

In 2010-2011 Terry was named the new Vice-President Communications/Broadcasting/
Marketing for the newly minted Evansville IceMen of CHL/ECHL. The challenge confronting Terry was to create hockey energy in a town where professional hockey was a completely new experience for the good people of Evansville. Rising to the challenge, Terry brought to this community his vast experience and knowledge of the game, broadcasting, communications and marketing. He promptly proceeded to convert Evansville into an exciting hockey town by his development of a fully operational communications and media relations department in combination with a standout IceMen radio broadcast presentation in the Tri-State area in the form of a dynamic IceMen presence on 18 different radio stations.

In 2015-2016 Terry worked with the NA3HL Evansville Thunderbolts Jr. Hockey program. He not only broadcast all home and away games, but also developed the Thunderbolts’ marketing strategies, sold sponsorships and ticket packages, and managed all off-ice business at the local level.

Beginning with the 2016 season, Terry was named television and radio play-by-play broadcaster for the Indy Fuel of the ECHL. Terry coordinated all media relations as well as simulcasting radio and television broadcasts for all home games and radio broadcasting all away games. In addition, Fic sold radio sponsorships. In the 2017-18 campaign with the Indy club, he was the league-wide radio play-by-play “voice” for the ECHL Annual All-Star Game.

A large part of Fic’s responsibilities also includes developing and managing an exciting marketing program aimed at bringing new hockey fans into the fold. In large part because of these marketing efforts, in three short years, Evansville grew from a community hockey base of 1000 fans in game attendance to an average of over 5,500. Through Ficorelli’s creative efforts and the efforts of the staff he managed, the IceMen game experience was action packed, fun filled, fan interactive and entertaining from the moment the fans arrive.

In addition to creating a buzz about Evansville hockey through marketing, Terry and his staff developed a highly successful and profitable merchandise program which included everything from updating the merchandise available to redesigning the team colors and team logo.

Most recently, Terry served as Vice President Broadcasting/Communications for the Battle Creek Rumble Bees of the FPHL. In this capacity, he handled all radio/TV play-by-play, presented a daily radio update report, “The Rumble Bees Hockey Update” and hosted a weekly two-hour on-location radio show, “The Rumble Bees Buzz.” Additionally, the Detroit, MI native directed all of the organization’s media relations and publicity as well as spearheading the team’s corporate sales activities.

“Hockey has always been a part of my life. Hockey, hockey people and hockey business have always been my passion. Hockey is not just a job for me, it’s a way of life.”

The season is coming up quick and we're really excited to see what it holds!  We hope you enjoyed a little nostalgia as well as maybe getting to know a little more about the voice you've heard so long making hockey come to life with words!  Maybe too, you'd only heard talk of "what was".  Well, it's all back in 2021 as pro hockey returns to Michigan's original West Coast "Hockey Town".  We'll see you at the Muskegon Voyagers game!