Today Paranormal Muskegon visited the U.S.S. L.S.T. 393, A World War II vessel moored at the Mart Dock, in Muskegon, Michigan to learn about some of the history as well as some of its mystery. Patrick McKee, member of the Board of Directors of the LST 393 Museum and Ike Villapando, were kind enough to show the Paranormal Muskegon team around and tell us a little of its background, including touring it.  He explained that it has the distinction of being only two of the remaining LST vessels left out of the 1,051 that that were built in July 1942 . They were launched on November 11, 1942 and commissioned on December 11, 1942, being launched in response for the need for ships for combat vessels that could invade by sea. The LST measured 328 in length with a 50 foot beam. Built in “Cornfield Navy” Shipyard in Seneca, Illinois and several other states, these hardy ships were built in a mere 60 days, with over a 1,000 of them being built in just three years. 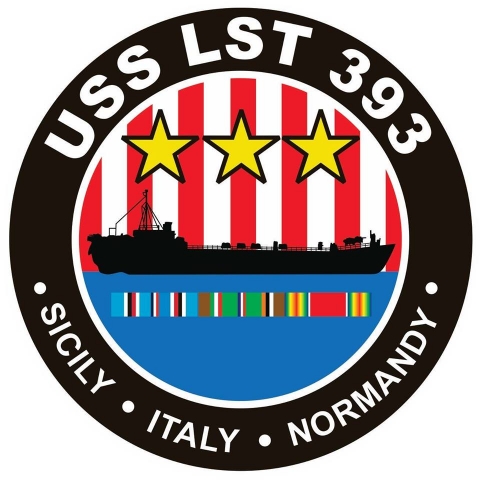 Visit the LST on Facebook
The LST’s extensive military campaigns were a major participant in WWII, serving in Sicily, Italy;  invasion of Normandy in 1944, Omaha Beach, the liberation of the Philippines,  capture of Iwo Jima and Okinawa. A few of the ships were in service right up until the Vietnam era. I asked Patrick what the letters LST stood for. He chucked a bit and told me that while LST actually stands for Landing Ship, Tank, the men serving on board liked to call them, “Large Slow Targets,” but in reality they stood tough; with only 25 losses in combat, nine were sunk. Unfortunately though, Patrick stated, after WWII, there was no longer any need for them as militarily, thus half were scrapped, some were sold to commercial use or foreign countries.  Luckily for Muskegon, efforts were made to purchase one of last two remaining. It was brought to Muskegon, coming up the Mississippi river to our port where it sat, languishing and in sore need of repair for many years. Efforts to revitalize it were slow but through the efforts of several groups; one of which was headed by Dan Weikel and Bob Wygant, the ship was able to be returned to its glory days as a museum, housing thousands of artifacts, photos, and memorabilia as well as restoration to commemorate and honor the lives of those who served. The walls are lined with photographs of those having serviced, including Patrick’s father and grandfather. Many of the photographs have been submitted by family members who wish to commemorate their loved ones service. The museum will display the photo ad information about any service personal, as along as they are a veteran, for a small fee. One especially poignant exhibit that he showed us depicts photographs of those who did not make it home.
In keeping with Paranormal Muskegon’s quest to seek out Muskegon history as well as some of the goings on of a more mysterious nature; I asked Patrick about the stories that are told about the LST 393 being haunted. Patrick said he indeed has heard strange creaking, groaning, and other noises at night when it is quiet. He has had the occasion to sleep there at night, a few times, bunking in one of the Commissioned officer’s quarters, upstairs on the third deck. He told us that he as well as other have often felt a presence on this ship, especially in certain areas; but Patrick feels this spirit is happy because they are not forgotten and enjoy having people aboard to come and find out about the men who serviced valiantly on this vessel and that they are still with us; in the memories of them; memories important to their family members in keeping them alive in spirit. Because when we remember them, they live on. Perhaps this is what people feel when entering the ship; the connection to these men’s lives; how they fought, how they perished; and this feeling they get is that they can sense that walking amongst who selflessly gave service to their country, even though they left loved ones behind at home. So while Paranormal Muskegon found no real, tangible proof that there were apparitions aboard, the best take-away to all of this is that in keeping the memory alive of how vital this ship was to the world in some of its darkest days, and remembering those who served on it and in other wars; we will appreciate the sacrifice they made for us and continue to make.
Here's the chat I had with Patrick in the bridge of the LST.  Take a listen.

It's hands on history in Muskegon.  To Learn more about the LST 393 you can click on the photo below to visit their website.  Our thanks to Patrick and Ike Villapando who helped open the ship for us for today's story.