With all of the interest in UFO’s lately, Paranormal Muskegon decided to find out some more about who and how these incidents are investigated; so we decided to ask the experts in the field. We met with Daniel Snow at the Muskegon Innovation Hub and he kindly agreed to give us the scoop.

Besides working with inventors and new innovations, he is also Chief Investigator for the Michigan chapter of the Mutual UFO Network, otherwise known as MUFON, because if anybody knows unidentified flying objects or unexplained phenomenon; including the paranormal;  its them. MUFON, with over 50 years in the business; is one of the oldest and biggest agencies for trying to find out what is flying around in our skies; or maybe even landing in our back yards. MUFON is a non-profit science organization with over 43 chapters worldwide as well as chapters in all 50 states. On their website, their stated goals are to “Investigate UFO sightings and collect the data in the MUFON Database for use by researchers worldwide… Promote research on UFOs to discover the true nature of the phenomenon, with an eye towards scientific breakthroughs, and improving life on our planet…Educate the public on the UFO phenomenon and its potential impact on society” (source: https://www.mufon.com/mission-and-goals.html). 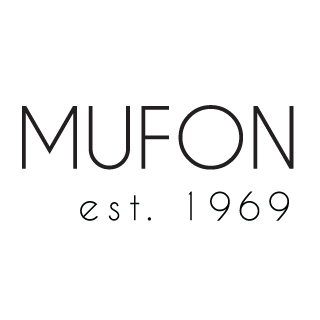 Follow MUFON on Facebook
Interest in the subject has not waned through the years; if anything it has grown. MUFON has over 4,000 members with over 500 field agents trained to investigate UFO reports that come in on a daily basis around the world. These reports, which may come from a variety of sources, are sorted into 20 different types based on the information given by the witness; known as the Vallee Classification System; and range anywhere from anomalies like vague lights or unexplained noises or explositions or “AN’s” to close encounters or “CE.”, a term many people are familiar with these days. A CE can be anything from seeing an unknown object on the ground but can even of the uncomfortably close varieties; like a CE-3, seeing an “entity or occupant” of the unidentified object; a CE-4 where the witness claims to have interacted with them inside their craft or rarely, a witness who claims to have been injured or have had unexplained healing by an entity or entities.
To make sure that competent, well-trained investigators put into the field to conduct these investigations, they go through a process of first studying a field manual, taking and passing the test as well as undergoing a background check.  Background checks are especially important, as they deal with sensitive information and public trust is paramount. Anyone reporting a sighting has to be assured that their personal information is not given out; and MUFON takes steps to ensure that it doesn’t, never giving out identifying information. Daniel explained that after a training period where they work with a Certified Field Investigator, they are then able to work on their own on cases. If a case came in where there had been a reported landing, the Field Investigator would make an on-site visit, taking the witness’s statement, samples, measurements, and other information to ascertain the cause of the sighting.
Daniel stated that about 95% of the cases that come in can be explained by conventional aircraft, birds, or other mundane reasons; including hoaxes but that leaves about 3-5% that are “Unknown” which doesn’t necessarily mean that they are alien craft, just that no explanation can be found or that not enough information can be found to account for the sighting. He explained how the reports are taken via a CMS database and as Chief Investigator it is his responsibility to send out the cases to the individual Field Investigators, who are then charged with contacting the witness or witnesses as well as obtaining any evidence available as well as doing research and contacting any local officials, such as police departments, media agencies, airports, etc. if necessary. He is also responsible for seeing that the completed reports are done in a timely manner.
He said he wasn’t aware of any Muskegon cases off hand, especially of the “smoking gun” variety, but he was aware of the 1994 “flap” that involved the National Weather Service radar station here in Muskegon and had listened to the dispatch tape, which Mike Walsh had been able to obtain through the Freedom of Information Act when he had investigated it back in 1994 while a reporter in Muskegon.
In that case, over 300 people had seen lights in the sky in three counties and over 60 people reported it to the Ottawa County Police Dispatch, including several police officers. Dispatch was so overwhelmed with calls that they in turn contacted the NWS located in Muskegon, to see if they were picking up anything on radar. The radar operator had indeed picked up some extraordinary returns and at one point stated something to the effect of, “Oh my God, what is that?” because the returns were like nothing he had ever seen before and he was quite sure they were not planes.
So if you are interested in finding out just how many times someone reports a UFO in Michigan, MUFON can let you know; they compile data from all 50 states as well as other countries; including the types. There is also a wealth of information on current cases, historical cases and other interesting tidbits like MUFON TV. If this stuff really blows your socks off; like it did me; and why I became a Certified Field Investigator; then just go to their website.  Click on the photo below!

Got an idea for Paranormal Muskegon for a segment, contact Marie at:
This email address is being protected from spambots. You need JavaScript enabled to view it. or at https://cygnusresearch2015.blogspot.com/