If you are a social media user at all, and the clips of Peter Dankelson have not hit your feed yet...brace yourself.  You're about to be taken over by a 21 year old rocker who's flaunting his talents from an upstairs hideout in his house, having a hell of a lot of fun doing it AND taking his message of being positive in the face of incredible challenges and adversity that would most likley break anyone.  It's a special story for us, normally we stick to what's in and around Muskegon, but there's a bit of a tie in here and a LOT of inspiration.

Peter was born with Goldenhar Syndrome.  Never heard of it right?  Well neither had the Dankelson's, however like may parents who are blessed with a child who's a little different, they had to learn quick and they also had to prepare for what was to come.  Goldenhar Syndrome is a rare congenital defect characterized by incomplete development of the ear, nose, soft palate, lip and mandible on usually one side of the body.  Peter was born premature with this condition as well as other birth defects.  At 21 he's undergone 37 surgeries to correct things like a cleft palate, ears, facial structure and more.  One of the surgeries was even performed at Helen DeVos Children's Hospital. (Our local tie in).  As Peter grew the challenges of the family along with Peter were kept in "Pete's Diary" by mom Dede.  Benchmarks like beginning school were approached with caution and some explanation to the other kids in advance, however it's been the attitude of the family that's been at the forefront and Pete's best skill set in being "different". 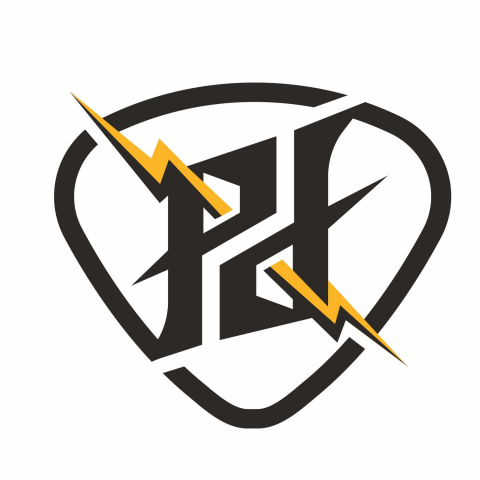 Following Pete on FB is a Must

A positive attitude is a key factor in all of this.  There isn't anyone I've ever met that's not in some way different.  If we can't see it at a glance, inside there is something that makes us all wonder "who's looking".  Well with Pete, "who's looking" just came to be "who's curious" and understanding that they wanted to know what set him a part didn't necessarily make them bad...maybe a little hesitant or having a lack of understanding as to how to approach the situation.  It was Pete's early adaptation to just being who he is that helped put people at ease and for the most part, the differences are quickly looked past.  That is until a MAJOR difference was found at 15!

Pete picked up a guitar, just happened to be his dad's stashed away in the attic.  Started watching YouTube and learning chords....then without ever taking a lesson, the kid is busing out AC/DC, KISS, Sabbath and more.  Now we have a virtuoso on our hands.  The guitar playing improved, Pete's message was chugging along in his powerful speaking engagements at schools and functions and then a pandemic hits.  What now?  Get a video camera and start playing that guitar online and spreading your message to the world.  Ready or not...WORLD, meet Pete!  Stick artound at the end too, see if this young whippersnapper can stump an old radio fart with some riffs!

Challenges are sent our way every day.  Adapting to the challenges and finding ways to be yourself is really what life is all about.  Pete has had a road to walk on that most can't even imagine and on that road he's managed to endure trials and tribulations from almost all aspects of life.  From all of that, he's decided that what he's learned and grown from is going to be his return gift to the world.  Add in an amazing gift to play the guitar in an almost effortless way to learn the instrument where Pete might have worked a little harder in some areas, he was gifted in others to share his message and joy.  Today, is a good day to be like Pete.  Visit Pete's Diary Online!